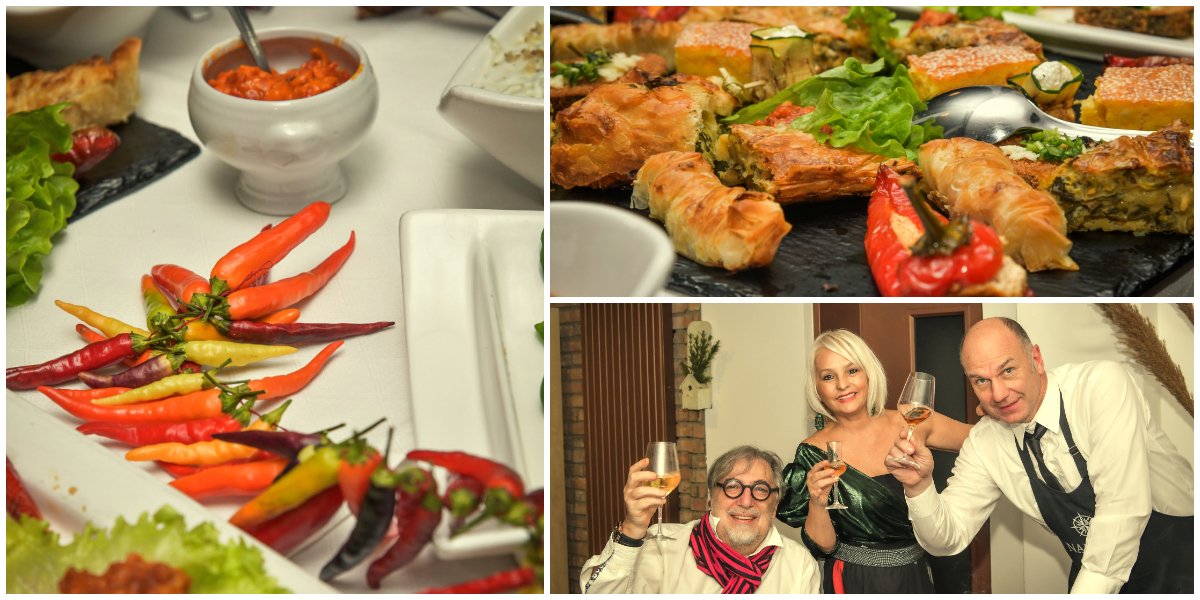 Enjoying the seaside, the all-day autumn rain and малку something a little different. Last night the residents of Rijeka were part of a special event - an evening to experience Macedonian specialties, directed by Mimi Delov, a Macedonian whose address is now run under the code of Rijeka.

An evening of Macedonian delicacies was held at the Nautica restaurant, and everyone present could enjoy as many as 12 traditional dishes, which were served with excellent Macedonian wines and brandies.

The evening was enriched by the members of the Macedonian Cultural Association "Ilinden" from Rijeka, who were dressed in traditional Macedonian costumes, and welcomed the guests at the entrance with chewing gum and yellow crab, as a welcome drink.

As soon as they joined the great atmosphere, the guests had the opportunity to be treated to a delicious Macedonian pie, proja, taratur, makalo, pindzur, peppers and zucchini, and then to enjoy the irresistible sarma and baked beans. For dessert, the evening was sweetly rounded with tulumbi and the inevitable baklava.

In addition to the excellent offer of food and drinks, the atmosphere was further enhanced by traditional music with a band accompanied by Macedonian trumpeters.

The manager of the restaurant "Nautica", Danko Borovina, did not hide his admiration for the great response of the guests.

"Although we are known for our fish menu, we decided to go beyond our seafood cuisine. In cooperation with our longtime friend Mime Delov, we hosted the fans of Macedonian gastronomy to enjoy its delicacies. "Given the great interest, I believe that this event will be repeated soon," said Danko Borovina.

Baba Ganush: The most famous prayer in the world

VIDEO | She donated a kidney for her boyfriend, after a few months he betrayed her and broke up with her

Homemade dumplings according to our grandmothers' recipe: What makes them so juicy?

Coconut oil: how to use it to treat eczema, dry skin and acne

Wine and champagne protect against Covid-19… but not beer, according to a new study