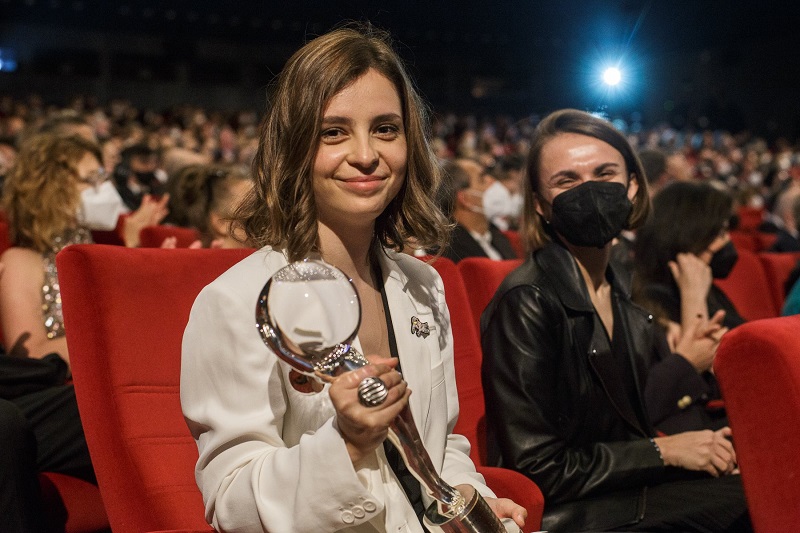 The Macedonian premiere of the film "Sisters", winner of the Special Award of Karlovy Vary, on September 16 will mark the beginning of the 42nd edition of the International Film Camera Festival "Manaki Brothers" in Bitola. It is the first feature film by director Dina Duma and cinematographer Naum Doksevski, and the film enters the official competition for the "Golden Camera 300" award at the Manaki Brothers Festival.

The film reveals a teenage company, in which it is more important to entertain followers on social networks than to cultivate a normal friendship. The main roles are played by Antonija Belazelkoska (Maja), Mia Giro (Jana), Hanis Bagashov, Maj-Linda Kosumovic and Verica Nedeska.

The producer of the film is Marija Dimitrova, the screenplay is signed by Dina Duma and Martin Ivanov, the cinematographer is Naum Doksevski, the editor is Martin Ivanov, the scenography is by Kiril Spasevski and Simo Branov, the costumes are by Roza Trajceska-Ristovska, the make-up by три Igor Vasilev-Novogradska, and the sound design by Risto Alchinov. "Sisters" is a co-production between S Macedonia, Montenegro and Kosovo.

The winner of the "Golden Camera 300" for the life opus of the 42nd ICFF "Manaki Brothers", Christian Berger, is one of the most present world cinematographers at the festival. Berger is a professor at the Vienna Film Academy and the inventor of the new Berger / Bartenbach Reflective Film Lighting System, developed in collaboration with the Bartenbach Lichtlabor, for which a workshop will be held as part of the festival program.

The system provided many new aesthetic possibilities for the camera and the directors of photography, but also gave freedom and flexibility to the actors and directors, as it eliminated the need for many cables, stands, filters, electrical equipment and technicians that must be around the actors at the moment. on stage shooting.

Berger achieves the peak of his authorial creativity as a leading European and world cinematographer through tandem collaboration with the leading, not only Austrian, but also European and world director and screenwriter Michael Haneke. Almost everything that is most significant in Haneke's work is visually signed by Berger, and the culmination of their fruitful tandem collaboration is the masterpiece "White Ribbon", which brought them the "Golden Palm" in Cannes in 2009.