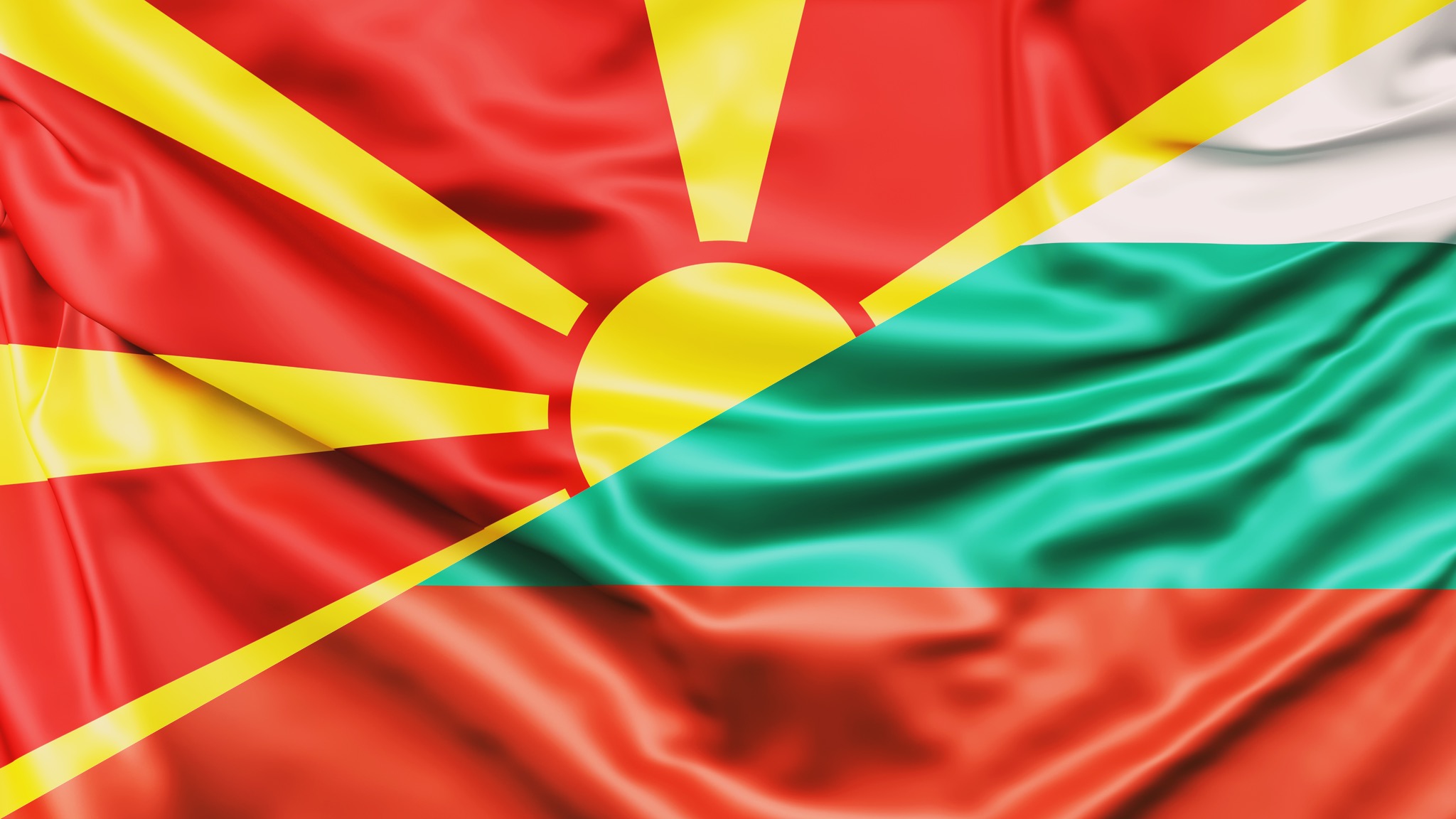 The Bulgarian position is incomprehensible in the EU, because there is no way to explain that the future of a country can depend on an agreement on the ethnic self-awareness of Gotse Delchev.

Another hysterical summer with several themes is set. Will the government fall, how, when, why and what comes next? The battle cry is "Ma-ke-doni-jajajaja".
Slavi Trifonov finally did what the ITN party was created and incorporated into the protests of the 2020s and then into the government.
If his like-minded constituents had asked themselves at least three basic questions, the configurations in the last three parliaments would have been different and the country could have been spared the waste of political time, as well as humiliations like the snorkeler seller, the behavior problem. plagiarism and at least some of the clowning of average screenwriters in the role of MPs. 1. Is it possible for a person who has lived for 20 years in the prime time of the most watched television to be a fighter against the status quo? 2. Isn't that the status quo? 3. And isn't the status quo trying to achieve certain goals through it?

Even when the party was created and the referendum on a majoritarian electoral system was organized, it was clear that these people were politically illiterate, but television and the stage over the years had created in them a self-perception of omnipotence and omniscience plus a heightened attraction to brashness and arrogance.

It was clear that ITN was an engineering project with a very transparent goal – to transform the slimy-patriotic enthusiasm surrounding Slavi Tifonov's media and concert production into political energy that could be used when needed. As it happened. The work has already been completed and ITN is moving on to other similar projects such as Jane Janev, "Ataka", Barekov, Mareshki.

I wonder if it would not be good for the people who supported such parties to have their right to vote restricted for a certain period. I know that it is not democratic and it cannot be done.
I just think that.

And now for Macedonia.

For Bulgaria, this is a painful topic, but pain cannot solve the problem. It could have been solved a long time ago, if in the last decades, and even earlier, the topic was not used exclusively for internal political needs – people like Karakachanov, Dzambazki, Volen, and not to mention, live from politics, as well as to distract attention from more important things.

Bulgaria's position on Macedonia's negotiations with the EU is initially wrong and unpromising.

Merging the historical narratives of the two countries should be left for the future, as it is in any case a difficult and very slow process. Assuming it matters that much. That, in turn, presupposes a certain degree of education, which is not exactly observed among the so-called patriots.

Many of them live with the conviction that the European nations were formed around the 18th and the first half of the 19th century and similar processes have not been possible since then. However, they are possible, and Macedonia is an example.
An ethno-forming process is obviously taking place there, especially in the last seven, and probably more decades. In fact, if one reads more carefully individual pages of the newspaper "Macedonia" (1866-1872), one will notice signs of a shaken ethnic self-awareness. And this is exactly one of the reasons why Slavejkov chose this name for the newspaper.

In other words, the grandparents may have felt Bulgarian, but the grandchildren prefer to be Macedonians. Point.

The Bulgarian position is incomprehensible in the EU, because there is no way to explain that the future of a country can depend on an agreement on the ethnic self-awareness of Gotse Delchev.

The idea of ​​"stealing history" or the impermissible "rewriting of history" is also difficult to explain. A story is a narrative composed of hundreds or thousands of separate narratives that are often mutually exclusive. It is constantly being rewritten because time changes the perspective, the view of the past. This is the work of historians. Scripture alone cannot be copied. History can. And it should.

To stick the label of "national betrayal" on every new narrative of the past is infantilism. Just as infantile is the Bulgarian veto. It is as infantile as the tendency of Macedonian propaganda to distort historical facts.

What does Bulgaria get from that? Practically nothing in terms of foreign policy? But it calculates serious obligations: misunderstanding, condescending attitude and mistrust in the EU, additional hatred in Macedonia, dislike in Albania. Only Russia and Serbia won.

Bulgaria's "Macedonia" policy, when not criminal, was inconsistent and stupid.

By the way, the same can be said for the Macedonian side, which is a reliable indicator of cultural proximity between the two peoples. Bulgaria will always have to drink the bitter cup of its inconsistent and frivolous policy, and at the bottom one day it may find reasons for optimism. It is not certain. Nothing is certain in the Balkans.

Unlike the Bulgarian policy, the Russian policy in the Balkans in the last 150 years has always been extremely consistent – ​​a policy of intrigue, enmity, strife and instability. There are many examples of the malicious Russian role in Bulgarian history - starting with the power regime, the unification, the Serbian-Bulgarian war, the attack on the church "Holy Week" and until today with the arrogant behavior of Ambassador Mitrofanova.

Bulgaria's strategic interest is that RSM joins the EU in the foreseeable future. This will stabilize the region, move the country away from the Russian and Serbian orbit, expand the possibilities for economic and other contacts, and certainly soften the young and at times comically aggressive Macedonian nationalism. After all, the membership of Macedonia in the EU in perspective means erasing our border, and wasn't that the reason for the Macedonian freedom fighters. However, ITN is hitting the brakes. Again with a goal at home. Let the government fall. A classic.

Macedonia is only part of the puzzle. The real intrigue lies elsewhere. Kiril Petkov's government has closed some loopholes through which the criminal elites extracted huge amounts of money from the budget and EU funds for years, with political protection from GERB and DPS and legal protection from the Bulgarian prosecutor's office. In addition, it became clear how exactly this was done during the phytosanitary control at the "Captain Andreevo" checkpoint and during road construction. And it has clearly opened a deep gulf in the crowd's finances that will hopefully never heal. If the upcoming reforms in KPCONPI are implemented, the war with the criminal state will continue and will partially render meaningless the protection that the prosecution and SSC have been providing for years. In other words, Rashkov will bypass Geshev.

Additionally, with incredible ease and without an ounce of hysteria, the government has averted an energy crisis in Bulgaria engineered by traditionally perfidious Russia and is on its way to achieving a permanent solution to gas supplies. It became clear that for Russia gas is not only a commercial commodity, but also a tool for political perversions. After all, the policy of the "great powers" has always been hypocritical, sometimes more, sometimes less. The problem with today's Russia is that hypocrisy is combined with barbarism.

Let's add that the actualization of the budget can produce thousands of happy retirees and business people who will not hesitate who to vote for when it comes to early elections. All this sent GERD and DPS into hysteria. With ITN and Rebirth, the hysteria is like the trauma of childbirth.

In other words, in a few months, the government broke several vertebrae in the spine of the criminal-political continuum, and as the old-fashioned sketches of the heroes of labor said, the results did not wait long. An unexpectedly large number of poisonous frogs raised their frightened eyes from the swamp of Bulgarian publicity – politicians, journalists, sociologists, political scientists and various other talking heads. I will admit here that for me the behavior of President Radev and Stefan Janev was an unpleasant surprise, unlike, say, Madame V., Volgin, Dachkov and sites such as PIK, QUIK, PRATS, "Pogled", which hardly surprise anyone who.

It seems that Bulgaria is faced with a fateful choice – whether to keep the European direction of development or to smoothly turn to the forgotten comfort of the good old "Moskvich", the music of Jan Frankel and Joseph Kobzon and the domestic prosperity of the Krasnoyarsk region. With which Macedonia has little in common. It is simply a rallying cry of the Bulgarian anti-European militia.

The column is taken from Reduta.bg.

VIDEO | Stoltenberg: NATO will intervene in Kosovo if stability is threatened