Maja Kadievska Vojnović: Macedonia is already in stagflation, and inflation is not just imported 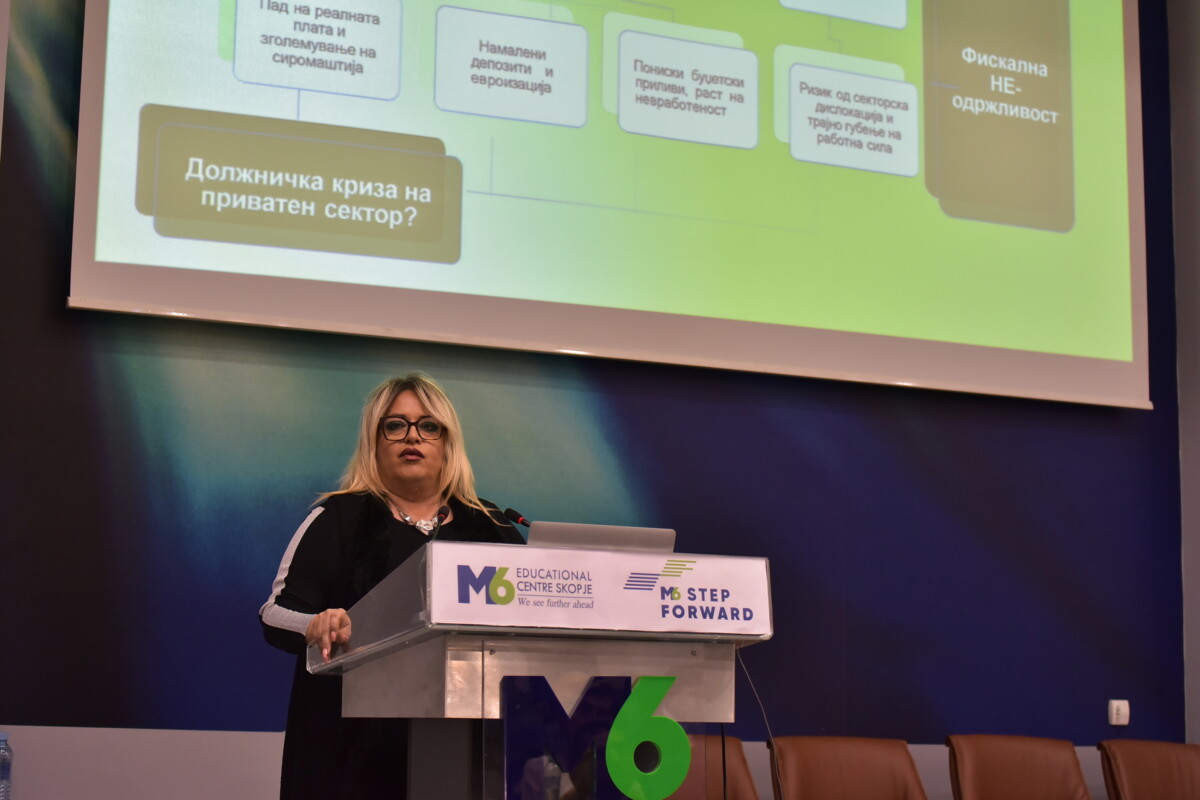 Macedonia has already entered stagflation, and according to the level of the annual rate of total inflation, it is in fifth place in Europe, stated Maja Kadievska Vojnović, former vice-governor of NBRM, who attended the recent conference organized by the M6 ​​Educational Center, "The Macedonian economy in double shock – where are we going?'
She claims that not only import components are important for our inflation, but that it is also caused by domestic factors.

- Also, the basic inflation rate, which excludes food and energy prices, as a measure of the longer-term component of inflation and inflation expectations in Macedonia in October was 9,2 percent and is almost twice as high as 5 percent in the Eurozone. This it shows that not only imported or global factors (food and energy), but also domestic factors fueled inflation - said Kadievska Vojnović.

Among the domestic factors, he listed as the most significant: the continuous growth of labor costs per unit of product over a long period of time, in conditions of growth of gross wages and decline in productivity, whereby companies transfer this to the final prices. The tight labor market for the private sector, due to the intensive employment in the public sector (even in crisis conditions) and the negative demographic processes (the reduction of the working age population due to the aging of the population and the emigration of young people) reduces the domestic supply, creates pressure on wages and affects inflationary.

Historically low domestic electricity production requires expensive electricity imports to cover the regulated market, narrowing the fiscal space for anti-inflation measures. Also, the business that is on the free market (but also the small consumers on the regulated market) pay one of the highest prices for electricity in Europe, which significantly affects the disruption of the liquidity of the companies.

In the last two years, Macedonia has increased energy dependence, due to lower electricity production. Unlike the EU, which is largely dependent on gas (over 30 percent), the energy consumption in Macedonia is dominated by petroleum products (with 50 percent, while gas participates with only 2,6 percent in 2021). The energy deficit for nine months of 2022 reached a record of 1,4 billion euros (in contrast to the same period last year when it was around 570 million euros), which is reflected in the reduction of foreign exchange reserves in conditions where the central bank defends the exchange rate of the denar. However, the foreign exchange reserves recovered during the summer under the influence of the remittances of our emigrants and due to the external borrowing of the state - says Kadievska Vojnović.

If the post offices go on strike, there will be no pension for Bulgarian citizens

DPI appeals: Be careful when shopping online, there are fraudsters!

Danes are protesting against the abolition of the national holiday

Eight interested parties for the purchase of the port of Volos

Japanese teachers have not had a salary increase for 30 years!

Dissatisfied and stressed: Over a third of Germans would change jobs