Madonna in attack and defense: We live in a culture that allows every inch of a woman's body to be shown except the nipple 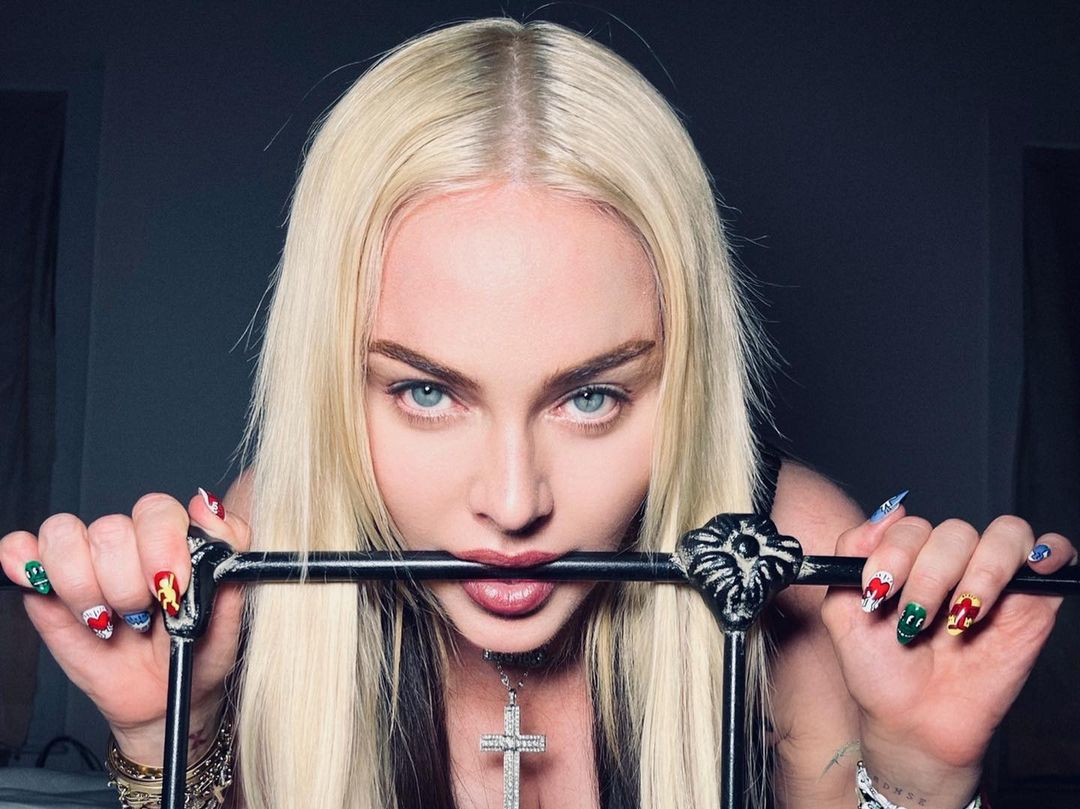 Madonna attacked Instagram for downloading photos of her that, despite the provocative poses they contain, were removed because her nipple was partially exposed.

The 63-year-old star shared a series of intense photos with similar provocative poses, in which she is on and under the bed, wearing a cropped bra, thong, fishnet tights and high heels.

The move by the online conglomerate, however, did not discourage the singer, who re-shared the images with several tactically placed emoticons, and publicly wrote that the originals had been removed "without warning or notification" and that Instagram had told management it was because "a small part" of the star's nipple was discovered.

According to the instructions of the Instagram community, nudity is prohibited, but there are exceptions for photos for health reasons, such as mastectomy scars and breastfeeding women. Nudity of photographs from paintings and sculptures is also allowed.

"And what about the female ass that has never been censored anywhere. "I am grateful that I was able to maintain my sanity through four decades of censorship, sexism, criticism of age and misogyny."

Madonna ended her post with the hashtag "#artistsareheretoturbthepeace", reminding that art is intended to disturb reconciliation and to try to bring new and more open perspectives on human nature.

Like her music, Madonna is almost as famous for pushing the boundaries of fashion and her choice of explicit clothing over the decades.

In the early days of her career, she was a pioneer in the "underwear like outerwear" trend by wearing a corset with conical cups like a bra, designed by Jean Paul Gaultier.

And in 2016, the star attended the Met Gala in a Givenchy-inspired clothing of slavery, with leather, lace, thigh-high boots, thongs and nipple pastes.

In 2020, the photo-sharing app updated its rules to allow images of women holding, covering or wrapping their arms around their breasts.

After returning the paintings, it is said that exceptions can be made "to allow nudity in certain circumstances, including when there is a clear artistic context".

Fake tears for the fans, arrogance for the organizers: The real reason why Adele postponed the concerts has been revealed