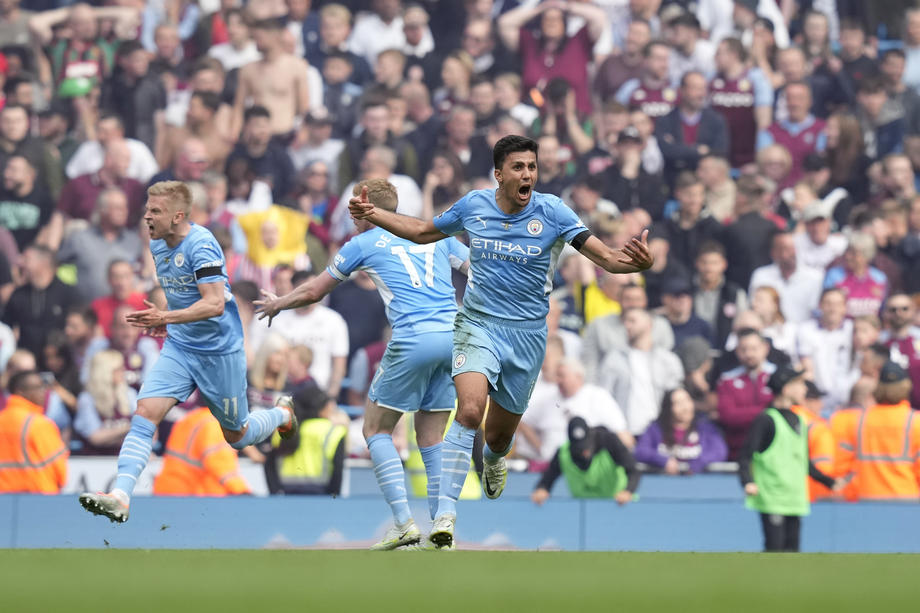 The players of Manchester City are old-new champions in the Premier League after in the last round with an incredible turnaround, scoring three goals in five minutes, they defeated Aston Villa 3: 2 and came to the title with only one point more than Liverpool.

"Citizens" manager Pep Guardiola decided to gamble in the most important match of the season, leaving most of the stars on the bench and he would have paid dearly for that because 15 minutes before the end of the match, Aston Villa led with 0: 2.

The pressure of the importance of the match "tied" the legs of the City players who, although they had the initiative throughout the match, did not make a single chance in the first half, while Aston Villa shocked the "Etihad" in the 37th minute through Matty Cash. The shock of the fans was greater in the 69th minute when Coutinho scored for 0: 2 and brought the former team closer to the title.

But, 15 minutes before the end, "reserve" Ilkay Gundogan first reduced to 1: 2, and two minutes later Rodri equalized. The goal worth the eighth title was scored by Gundogan in the 81st minute.
Liverpool, which ended up one point behind Manchester City, defeated Wolverhampton 3: 1 in the last round, although they started the match badly. Gautiet through Pedro Neto scored in the third minute for 0: 1, but by the end of the first half Sadio Mane equalized.

In the second half, the "reds" started offensively and in the 50th minute scored a goal that was annulled due to offside. In the finish, Salah in the 84th minute and Robertson in the 89th minute scored for the triumph of Liverpool, which in the end proved to be in vain.

Tottenham with the convincing victory over Norwich with 5: 0 won the fourth place and next season together with City, Liverpool and Chelsea will play in the Champions League.

Arsenal and Manchester United secured a place in the Europa League, finishing fifth and sixth, while seventh West Ham will play in the Conference League.

Official: Simic on loan from Igokea to Borac Banja Luka

PHOTO: Macedonian goalkeeper Dimitrievski in the team of the round in Europe