Lisice has been the most polluted for years, with projects the air quality will be improved 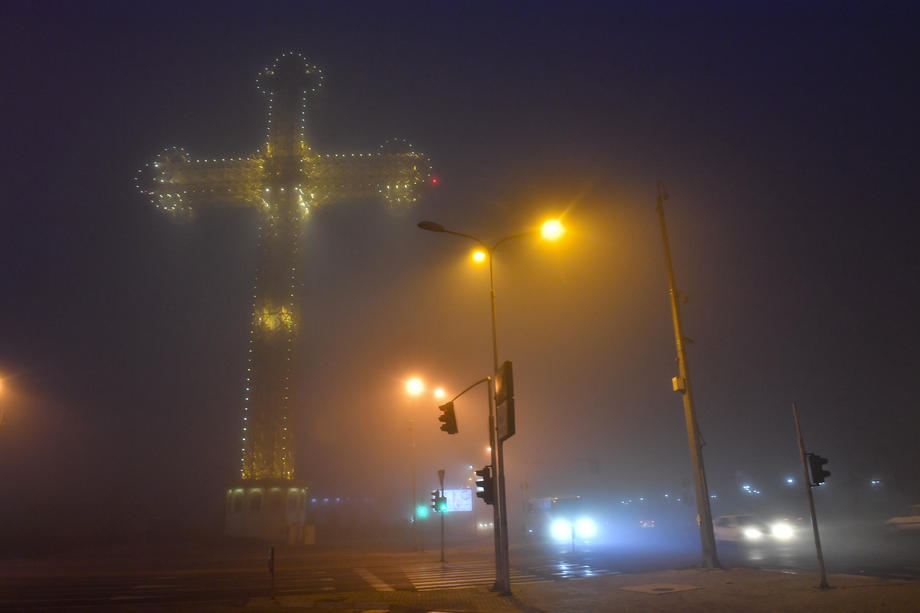 The Municipality of Aerodrom, in cooperation with several institutions from the country and abroad, opened up the opportunity to some of the citizens to change their wood or coal stoves with inverters, heat pumps or pellet stoves, and in some of them the replacement of doors and windows was carried out. , and roofs and facades have also been restored

The heating season is on the threshold, and with that the concern of Skopje residents about what kind of air they will breathe this winter is increasing. In the past few years, Skopje ranked highly on the map of the most polluted cities in the world, and very often, especially on days when the outside temperatures dropped below zero degrees Celsius, it ranked first as the most polluted capital city in the world.

In the cold months, unfortunately, the measuring stations that register the quality of the air we breathe, showed values ​​of a several-fold increase in air pollution and the presence of carcinogenic PM10 and PM2.5 particles, which, according to health professionals, cause irreparable damage to the respiratory system and very often they are the cause of numerous more serious diseases of the respiratory tract.

As one of the most polluted settlements in the Skopje Valley for a long time is the settlement of Lisiche as well as Gorno Lisiche, including the population living on Gjorgi Kapchev and Todor Changov streets. The fact that the local population in these places mostly uses firewood to heat their homes, but also the proximity of the largest Skopje landfill, Vardarishte, where all kinds of waste are often burned, are the main reasons for the poor quality of the air that foxes breathe. An additional problem arises due to the presence of a large number of illegal landfills, but also due to the fact that some citizens, for a variety of reasons, mostly due to the inability to obtain firewood, in an attempt to heat their homes, burn all kinds of waste, tires, varnished wood from old doors and windows, plastic, clothes... All this is the reason that many years ago the local population was breathing polluted air several times above the permitted level.

Precisely in an attempt to reduce the pollution of the ambient air that the population breathes in Lisice, through the project "Tackling pollution in the City of Skopje", which in the past period was realized in several stages on the territory of the Municipality of Aerodrom, the local self-government, in cooperation with several institutions from the country and abroad, some of the citizens have been given the opportunity to change their wood or coal stoves with inverters, heat pumps or pellet stoves, and some have had doors and windows replaced and roofs and facades restored.

According to information received from the local government, with the implementation of this project, more than 130 households in Lisice received ecological heating devices and energy-efficient facades.

The project is financed by the Swedish Embassy with the support of UNDP, and included the energy renovation of 130 households in the Lisice settlement, during which energy efficiency measures were implemented, including the replacement of old and inefficient heating devices, the ultimate goal of which is to deal with pollution of the air.

The Mayor of the Airport Timcho Mucunski during the presentation of the project, he emphasized the importance of its implementation and that it is "of great help" to the residents who are most affected by the pollution problem.

- As a Municipality, we are committed to finding permanent solutions in dealing with polluted air, but we should always aim for more. It is of crucial importance for the quality of life at the Airport to create models that will contribute to the reduction of pollution, and some are already giving concrete results - said Mutsunski.

As a reminder, the implementation of this project began with the installation of air pollution measuring stations in several locations.
- The Municipality of Aerodrom remains open to cooperation with all factors in society, which in their own way contribute to the improvement of the environment and the creation of a healthy and clean environment, and takes concrete measures to reduce the harmful consequences of this problem - they are decided by the local self-government.

The director of JSP claims: All invoices to private bus carriers have been paid

The waste from the big landfill where it is made mega - is the park cleaned or buried?

Arsovska: I support the right to protest, but now the citizens suffer the most damage

Regional action: On Thursday, 100 plane trees and maples will be planted in Kisela Voda

The councilors voted, Arsovska did not get a say: Socially endangered citizens will receive one-time assistance for electricity costs

Residents with pensions of less than 17.518 denars will receive a financial injection by the New Year

Spiders and blockers for 220 vehicles in the Municipality of Centar

PHOTO+VIDEO | Drivers with a warning: If we are not paid, instead of 30, Skopje will be blocked with 220 buses

28/11/2022 - 14:47
Sexual harassment is not a rare phenomenon, but the sensitivity of the topic, the low level of awareness and the normalization of the problem make sexual harassment a taboo subject whose solution is not sufficiently available. Get the most important news, free on Viber Sexual harassment defined as unwanted attention, physical or verbal, on women and men is found in all spheres of ...