The leaders of DS, DOM and LDP at a meeting with Pendarovski 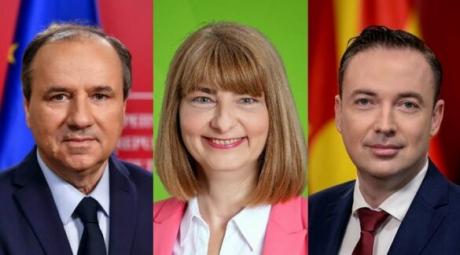 The leaders of the Democratic Union, LDP and DOM, Pavle Trajanov, Goran Milevski и Maja Moracanin, this afternoon or tonight they will meet with the president of the country Stevo Pendarovski, on his initiative, confirmed by the three parties, which are part of the ruling coalition.

The topic of conversation will be the French proposal for starting negotiations with the EU, which, according to "Sloboden Pechat", it should enter the Parliament by the end of the week.

The smaller parties from the coalition of Dimitar Kovacevski they did not support the French proposal and assessed it as harmful to the country. Their possible exit from the government coalition would cause a political crisis, considering the narrow majority that the government has in the Parliament.