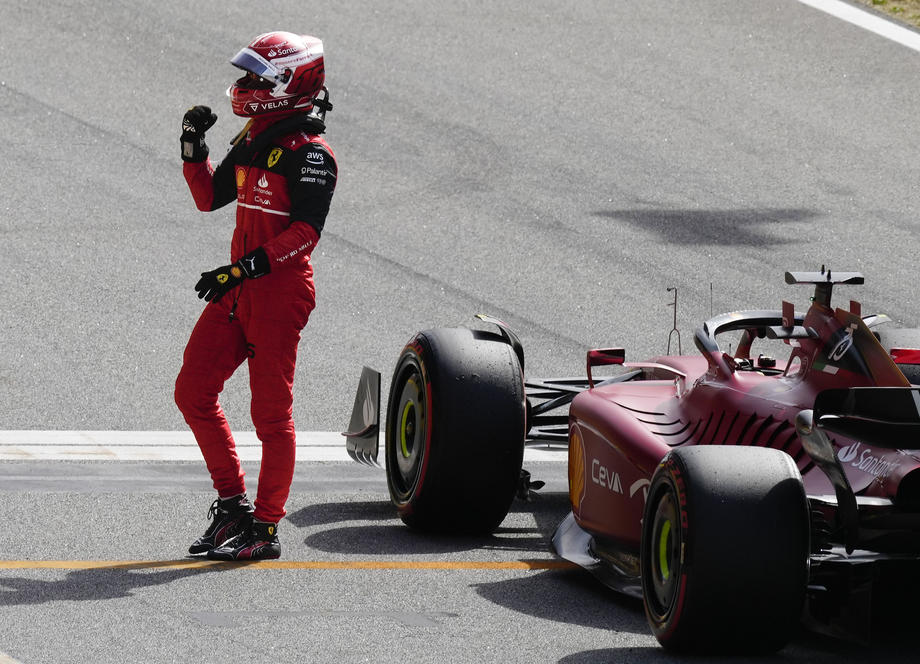 Ferrari driver Charles Leclerc was the fastest in qualifying and racing in Formula 1 for the Spanish Grand Prix will start from the pole position.

After being the fastest in all three training sessions, Leclerc reached the pole position with a result of 1: 18.750 min.

He was 0,323 seconds faster than the current champion, the driver of "Red Bull", Max Ferstappen, who will start the race on the Catalonia track from second place.

The third time was the second Ferrari driver, Carlos Sainz, who was 0,416 seconds slower than his clubmate, fourth was George Russell of Mercedes, and fifth was Red Bull driver Sergio Perez.

At the moment, in the general classification among the drivers, Leclerc leads with 104 points, before Ferstappen who has 85, and Perez (66) is third. The leader among the constructors is "Ferrari" with 157 points, ahead of "Red Bull" (151) and "Mercedes" (95).

The race for the Spanish Grand Prix will take place on Sunday, May 22 at 15.00:XNUMX.