The legendary "Renault 4" got a flying version 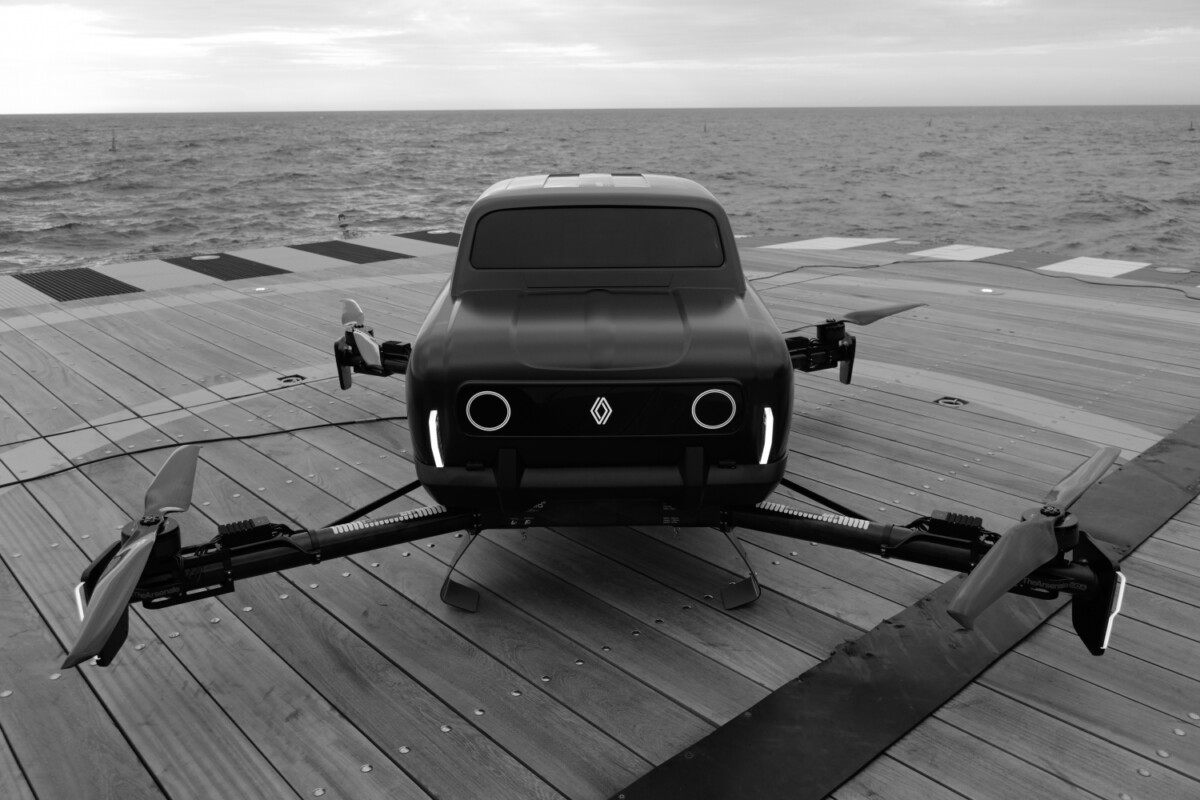 Few car models are as recognizable as the famous Renault 4.

The car that started to be made 60 years ago got its flying version for this jubilee. Many called it the car of the future when it first appeared on the road in 1961, writes CGNT.

It looks like something from an old Bond film, which I suppose is apt as the Renault 4 was launched the year before Dr No.pic.twitter.com/0s70kVN51W

This flying version has been slightly modified. There are no wheels and there are propellers, like drones.

It is made of carbon fiber, by hand, to be as light as possible and to be able to fly.

It is powered by two large lithium batteries. Its cruising speed was about 90 kilometers per hour at an altitude of 700 meters above the ground.

We worked together with the company "Renault" this year to celebrate the birthday of this model. "Renault 4" was a truly legendary model, loved all over the world, said the company "Arsenal", which tested the flying version of the "four" in the south of France.

Nose or throat: What is the best way to use a home covidium test?

Daily horoscope for January 18: A day that could be extremely important

Joke of the day: Love clothes

PHOTO | The Serb with golden blood that the whole world heard about: She is one of only 20 people on the planet

PHOTO | Baby number 2: Sarah Mace is pregnant, she boasted of an ultrasound photo

Original trileche recipe - do you know where the name of this cake comes from?