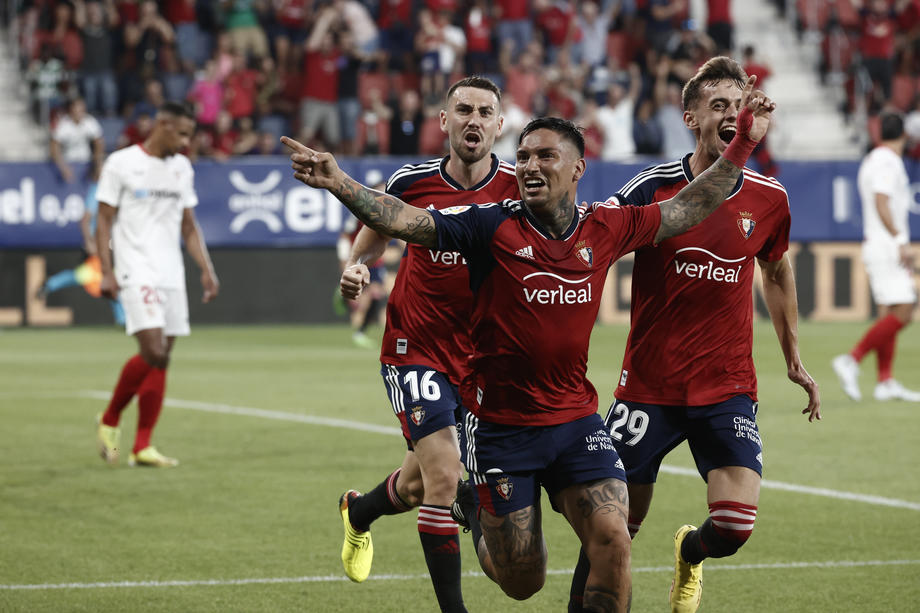 The players of Osasuna defeated Sevilla in Pamplona with 2:1 at the opening of the new season in La Liga.

The start of the game started with two goals after only 11 minutes of play. First, Osasuna took the lead in 9 minutes with Avila's goal, but just two minutes later, Rafa Mir scored to make it 1:1.

In the continuation of the match, Sevilla had more possession of the ball, and Osasuna threatened through counterattacks, and in the end, the home team rejoiced at the victory.

The key moment happened in the 74th minute when Papu Gomez committed a foul in his own penalty area, and the reliable scorer of the shot from the penalty spot was 20-year-old Aimar Oroz.