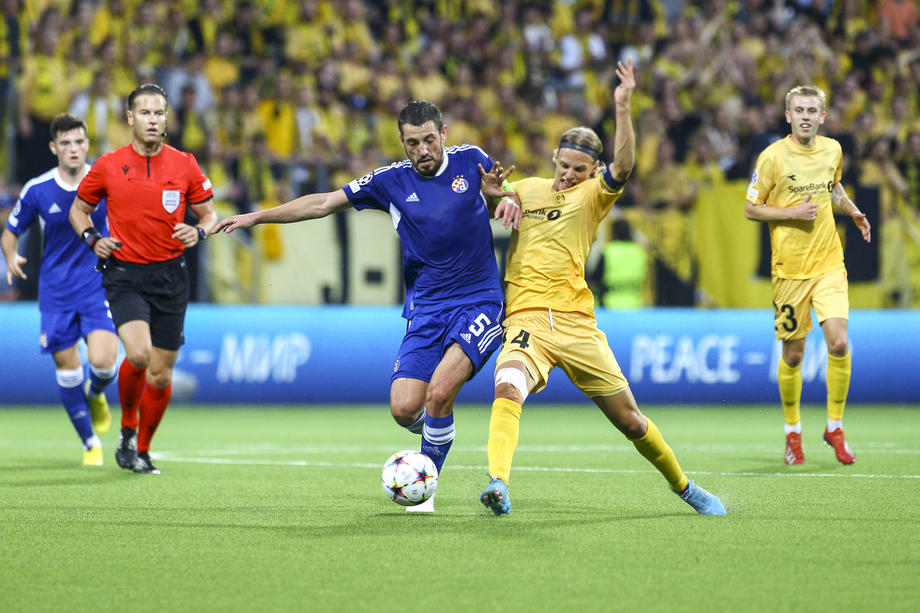 Arijan Ademi and Dinamo Zagreb defeated in the first match of the play-off for the placement in the LLS/photo: EPA-EFE/Mats Torbergsen

The Macedonian national team members, Stefan Ristovski and Arijan Ademi, experienced a minimal defeat of 1:0 in the visit to Bodo/Glimt in the first match of the play-offs for placement in the group stage of the Champions League. The Norwegian champion crowned the better game in the first half with Pellegrino's goal in the 37th minute. Ademi and Ristovski played all 90 minutes for Dinamo Zagreb.

Enis Bardi played the first minutes for the new team, the Turkish champion Trabonspor, who was defeated 2:1 in the away match against Copenhagen, precisely in the qualification for placement in the Champions League.

Bardi was not part of the first team, but entered the game in the 58th minute in place of Siopis, and that at times when Copenhagen had a 2:0 lead with the goals of Claesson and Lerager. In the finish, Trabzonspor managed to reduce through Bakasetas in the 79th minute.

In Glasgow at the "Ibrox" stadium, Rangers and PSV Eindhoven played a spectacular match that ended with four goals scored (2:2). The Scottish team was better on the field, they even had "help" from the visiting goalkeeper Benitez who made a big kick, but still the PSV players managed to fight for a positive result before the return match next week that they will play in front of their spectators.

PSV took the lead with Sangare's goal in the 37th minute, but just three minutes later Rangez equalized through Çolak.

In the 70th minute, Lawrence took a free kick from 30 meters, and PSV goalkeeper Benitez reacted desperately and the ball fell out of his hands and ended up in his net.

However, the Dutch team just eight minutes later managed to score a goal through Obispo for a final 2:2.