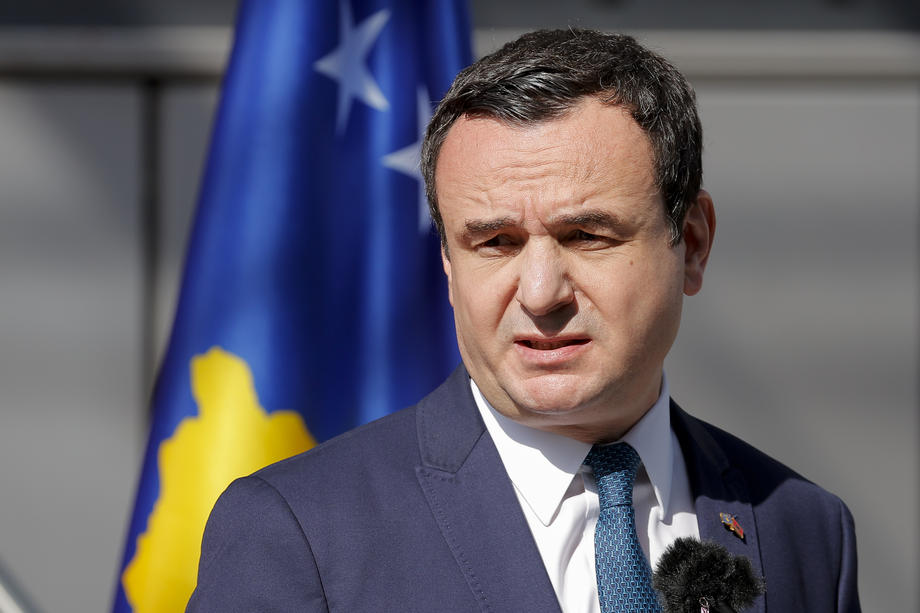 The Prime Minister of Kosovo, Albin Kurti called on Serbia to give up nationalism, assessing that Belgrade continues "with the old dreams, which have become a nightmare for their neighbors, but also for the Serbian people themselves", reported the MIA correspondent from Pristina.

In today's interview with the "Financial Times", carried by media in Pristina, Kurti says that "a symmetry of minority rights" on both sides would be "the most effective fight against nationalism".

"I think this is the problem with Belgrade." They continue with their old dreams, which have become a nightmare for their neighbors, but also for the Serbian people themselves. "A symmetry of minority rights, the same rights for Serbs in Kosovo and Kosovars in Serbia, would be the most effective fight against nationalism," said Kurti.

According to the Kosovo Prime Minister, there is a clear danger of Russian involvement in relations between Kosovo and Serbia, which increases the possibility of conflict.

"We are worried, but not scared. "How the situation will develop will depend a lot on the attitude and pressure of the Western democracies on Belgrade," said Kurti.

He asked Western powers to help Kosovo in its ambitions to join the EU and NATO, as well as increase pressure on Serbia to resolve decades of tensions over Kosovo's statehood.

"We need help from our allies and partners, the United Kingdom, the United States, Germany, France, Italy and others, to help deal with those who do not recognize us," Kurti told the FT.