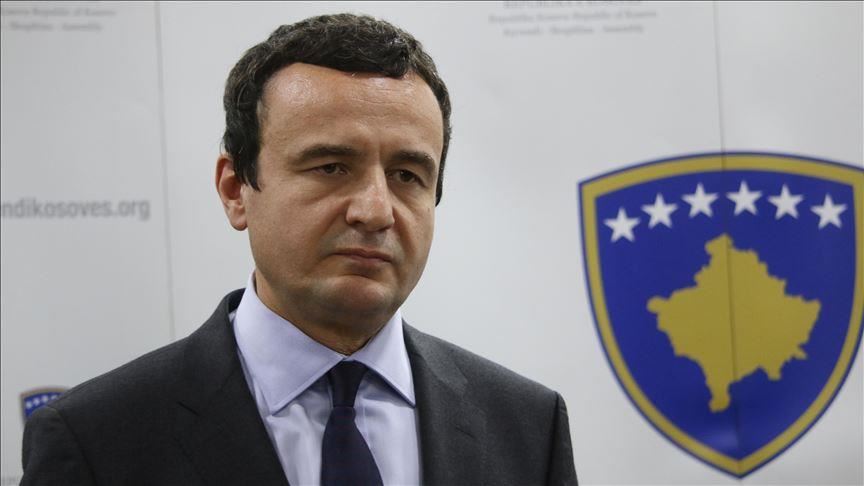 The Prime Minister of Kosovo, Albin Kurti, said today that the application of the decisions to replace Serbian with Kosovo license plates and reciprocity towards Serbia in terms of personal documents upon entry of citizens from one country to the other, will begin on September 1 this year, the MIA correspondent reported. from Pristina.

At the opening of today's session of the Government, Kurti said that the implementation of the decisions, which were made last June, is a function of law and order, public safety and the free movement of citizens throughout the territory of the Republic of Kosovo.

The Prime Minister of Kosovo addressed the citizens of Serbian nationality, telling them that the decision to issue temporary documents upon entering Kosovo does not limit the freedom of movement and does not imply confiscation of the personal documents issued by the Serbian authorities.

- The time of furnishing these documents from the Kosovo institutions is 20 seconds, while for 11 years our citizens have to wait from 10 to 60 minutes for the same thing every time they enter Serbia. I have heard about the fake news that Serbian documents will be confiscated at the border, which is not true. The entry-exit document is an additional document, which is issued free of charge and with which other services can be obtained in our state institutions during the stay in Kosovo, Kurti said.

The implementation of both decisions was supposed to start on August 1, however, at the request of the international community, especially the US ambassador, Jeff Hovenier, after the protests and blockades of the Kosovo Serbs, it was postponed for a month.

Regarding the mentioned protests and blockades, Kurti repeated today that they "do not come from below but from above", that is, they are ordered and organized by the authorities in Belgrade, whose intention is to destabilize Kosovo.