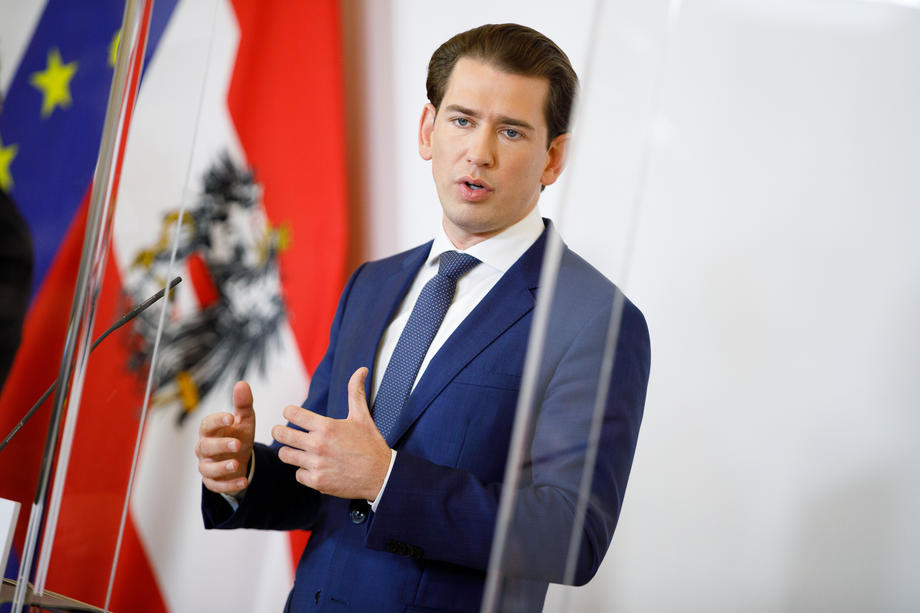 Former Austrian Chancellor Sebastian Kurz today confirmed that he is retiring from politics and said that the moment he decided to do so was the recent birth of his son.

This morning, the Austrian newspaper "Krone" reported that Kurz was withdrawing from politics "because of his son", and a few hours later the former chancellor explained in detail what led him to make that decision.

"In the last ten years, my family has been particularly neglected. "When my son was born, I realized how beautiful things are outside of politics," Kurz said.

"As a federal chancellor, you have to make so many decisions that you already know in the morning that you will make some wrong decisions. You are always in control. I made the wrong decisions. I often lived by my standards. I am neither a saint nor a criminal. I am a person with flaws and weaknesses, with everything that goes with them. "I am looking forward to the day when I will prove in court that the charges against me are false," Kurz said.

He added that for him the last months were "a defense against accusations, not a contest of the best ideas". That is normal in politics, he said, but it is "very exhausting".

At the end of his speech, the former Austrian Chancellor said that "it was incredibly emotional to serve his country" and that it was "part of his life". He thanked his coalition partner, the Greens, for forming the last Austrian government.

He ended his speech by saying that "now he wants to go to the hospital to pick up his girlfriend and son".

Who will succeed Kurz as party president?

To date, Kurz has led the Austrian People's Party (UPP) and its parliamentary group. He was previously Chancellor of Austria, but ended his second term on October 9 this year after the Economic Crime and Corruption Prosecutor's Office and several members of the ruling Austrian People's Party launched an investigation into embezzlement and corruption.

Kurz succeeded Alexander Schalenberg as chancellor, and it is unknown at this time what he will do after leaving the post.

"Corone" writes that she could come to that position Interior Minister Carl Nechammer, 49, but also Minister Carolyn Edstadler. Nehammer is considered one of the former chancellor's most loyal people, and is known for his strong stance on the migrant issue.

#resignation #Cause #kurz #recommended
Сподели
Video of the day

From hero to tragedian: The fall of the president of Honduras ends with his extradition to the United States