Kuman under intense pressure: Read a brief statement and left the press 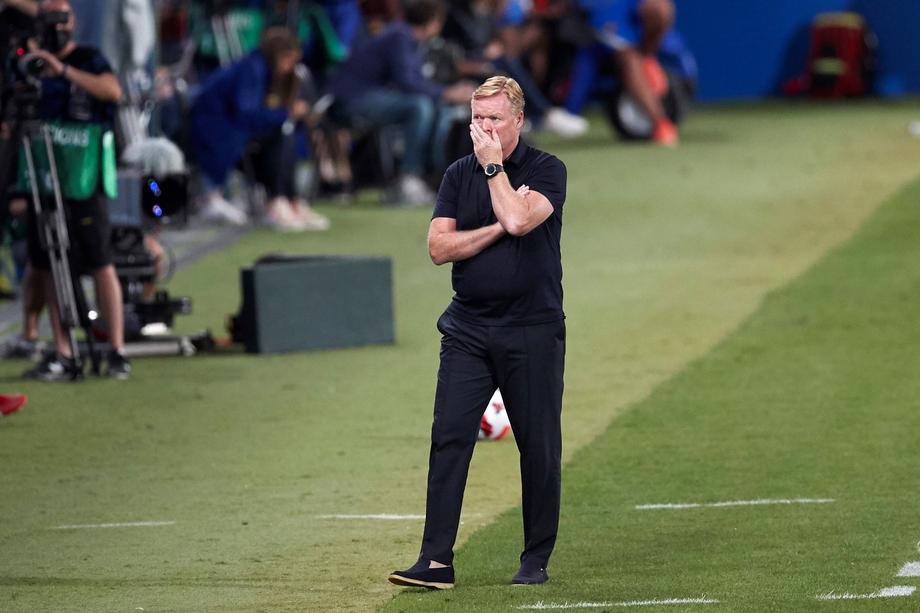 Barcelona is in perhaps the most difficult period in the last few decades. The poor financial situation caused a significant decline in the quality of the playing staff, which is reflected in the results.

The club's coach, Ronald Koeman, has been under a lot of pressure in recent days, especially after several pale editions of Barcelona.

This situation at the "Camp Nou" is best shown by the events at today's press conference before the La Liga match against Cadiz.

Namely, the Dutch expert came to the press conference, read a short statement, immediately after that he got up and left without giving the journalists the opportunity to ask him questions.

- The club is with me in the phase of reconstruction. The economic situation is related to the sports segment. We need to make a team without big investments and it takes time. Talented players can be world stars in a few years - said Kuman.

He says that those talented players may be the new "Xavi" or "Iniesta", but that it is not realistic to expect miracles in the Champions League and that the defeat by Bayern should be seen from such a perspective.

- I know that the media understand this process, this is not the first time in the history of Barcelona to happen. We count on your support in difficult times. We, as a team and players, are satisfied with the support from the fans as it was against Granada. Long live Barcelona - are Kuman's words.

Otherwise, the captains of the club were previously informed about the move that Kuman intends to make at the press conference, while the management of the club was surprised by today's move.

Barcelona disappointed against Granada on Monday by playing 1: 1, and saved a point in the last minutes. The players will have a chance to correct the impression on Thursday against Cadiz.

Pirlo is the biggest favorite for Laporta to succeed Kuman