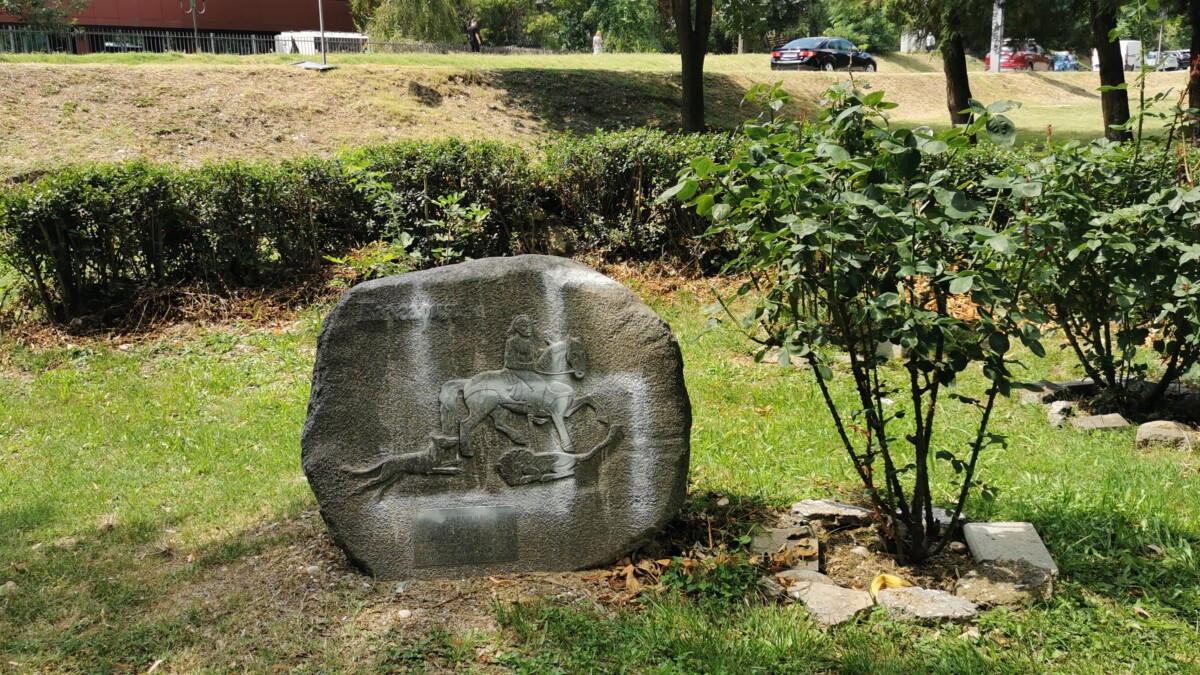 Stone slab as a part from a monument dawned desecrated with a swastika sign in the City Park in the center of Skopje, or rather immediately to Ministry of Agriculture in пthe arch of Francophonie. Photographyit appeared first the morning of the social networks and the same them upset the citizens. He was among the first to announce this act of vandalism the journalist Ivor Mickoski on Facebook, where he them called the competent authorities immediately to react and yes ce fromArtwoundsand the symbol of the record that has fascismсtic features.

- It was deleted, it's a shame anywhere, especially in the Francophonie Park - Mickoski writes in his post on social networks.

In the meantime Free Press from the Ministry of the Interior asked info if anyone has reported the desecration of the swastika sign plaque so far and what it is downloadеbut one side of the line ministry. From the police briefly they answered us that are familiar with the case.

- SVR Skopje is taking measures to clear up the case - according to the response of the police.

Otherwise, this act of vandalism in the center of the city comes at a sensitive time when the domestic public still cannot stabilize, especially after the opening of several Bulgarian associations in Macedonia with the names of persons deeply connected with Nazi-fascist ideology.

Historians have appealed to the country several times and warned that the state, through its instruments, must prevent these phenomena, which are directed against the agnostic foundations of the Macedonian state. Prof. Litovski has emphasized several times so far that he adds that the spread of Bulgarian propaganda is reminiscent of the situation 100 years ago and according to the historical analogy, it does not bring anything good.

PHOTO: Bulgarians boasted that they cleaned the Gotse monument in Skopje and put a Bulgarian flag on it