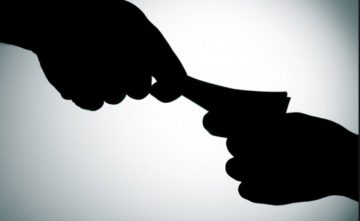 - In Пpolice station in Delchevo was called for an informative conversation 35-year-old  N.S. from Delchevo due to reasonable suspicion of giving a bribe in connection with the local elections, ie committed a crime under Article 162 of the Criminal Code "bribery during elections and voting", as well as KS (35) who received 3.000 denars from N.S. in exchange for a vote in tomorrow's election.

As informed through a statement, the spokesperson of SIA-Stip, Gordana Panajotova, иinformed othe former Public Prosecutor's Office in Delchevo and following directions from public prosecutor a conversation was held with several people.

The funds in the amount of MKD 3.000 were confiscated. After completing the official documentation by the Delchevo Police Department, criminal charges will be filed with the Public Prosecutor's Office Delchevo under Article 162 paragraph 1 and 2 above paragraph 3 of the Criminal Code.

This is the second case of voter bribery in the eastern region, on the territory of SIA-Stip. The first was in the municipality of Lozovo.