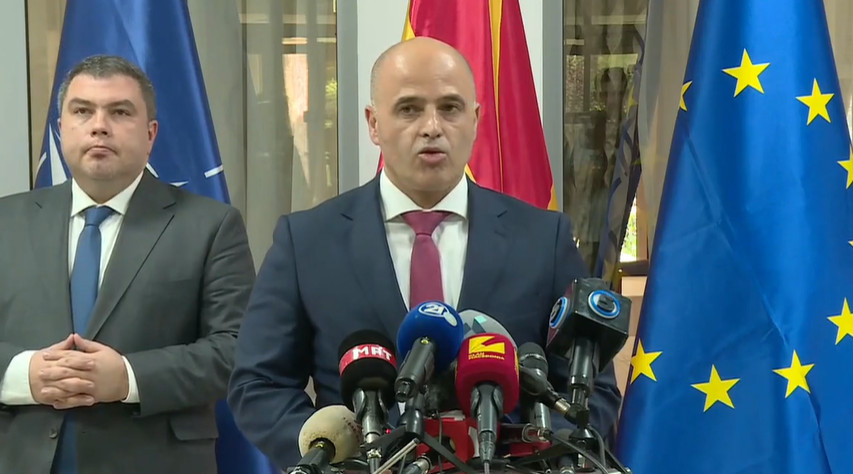 After the meeting with Mickoski, the Prime Minister and SDSM leader Dimitar Kovachevski emphasized once again that the French proposal is a European proposal for unblocking European integration and repeated thethe positions of the government and the ruling party.

- The Macedonian language is clean in the negotiation framework. This is a multilateral document to the RSM and has been sent officially by the French Presidency which is now taking over the Czech Presidency which includes all our demands and observations which were set out in the previous version of the proposed text. After we finish the consultative process, all these opinions will be submitted to the government and the government will make a decision that will be sent to the assembly, Kovacevski said.

He emphasized that the proposal represents the Bulgarianization of the state, as represented by the opposition.

- No one has managed to assimilate the Macedonian people so far. We are proud of our history, language and identity with all its aspects, so it was, so it is, and so it will be. This decision requires statesmanship and a cool head for peace and stability in the country in order to make the right decision, emphasized Kovacevski.

- Regarding the constitutional amendments, first all parties had statements in the previous period. Our constitution provides that citizens who self-determine in a different way than Macedonians can be part of the constitution. The Montenegrins, the Croats, the Egyptians asked for it. We represent an example in Europe for the best arrangement of all citizens in all relations and that is the article that all citizens should support, Kovacevski said.