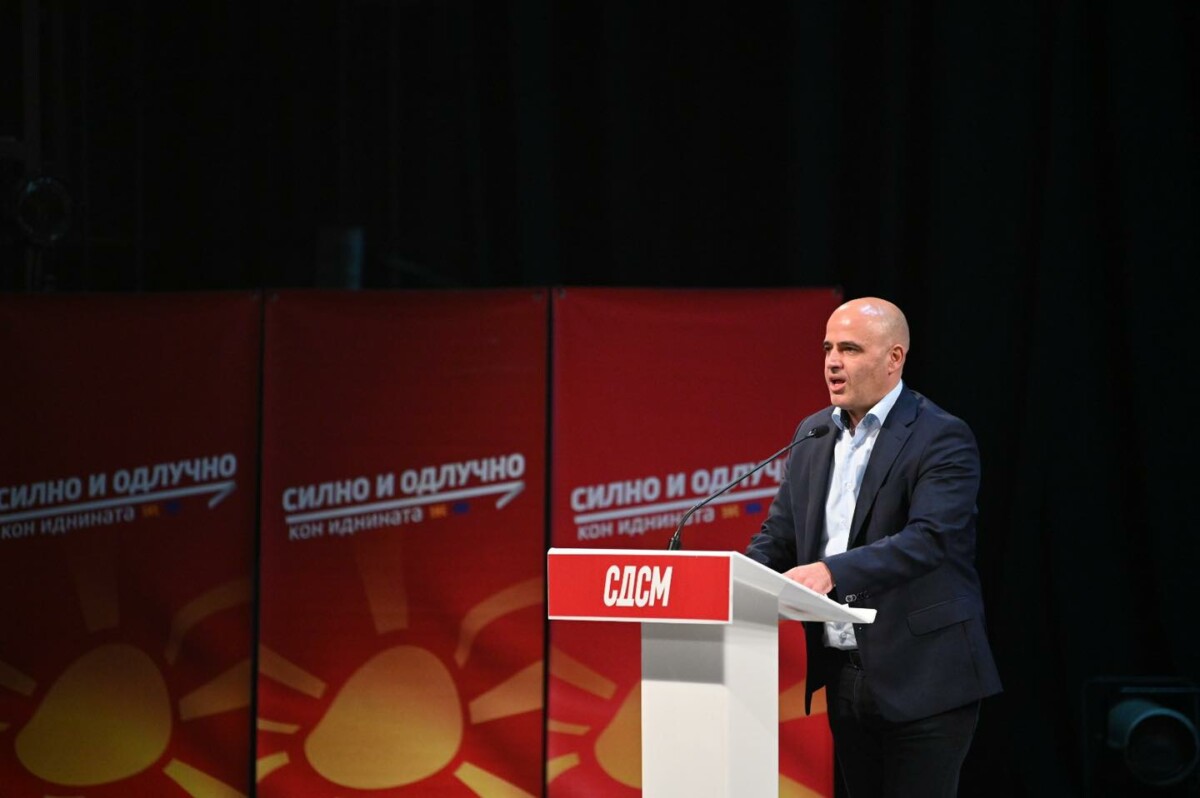 SDSM President Dimitar Kovachevski at the tribune in Shtip/Photo: SDSM

We have an obligation to keep the helm of the country in the right, European direction and prevent all attempts to hinder it, because there are threats on the country's European path. The Left and Dimitar Apasiev, with its dangerous populism, with its anti-NATO and anti-EU incendiary rhetoric, is a factor that works to endanger the European path, SDSM president Dimitar Kovacevski said tonight at the forum organized in Shtip.

He pointed out that VMRO-DPMNE has no idea except to spread fake news and destruction.

- They admit it themselves. Yesterday Nikolovski from VMRO-DPMNE said on television "we will tell you the plan when we come to power". So, are they listening well to what they are saying? They don't even have a plan, they don't have an idea, they don't have a vision for the future and they don't have an offer for the citizens. That is why the Left has become the right with its actions and is taking them completely hostage. Incendiary policies can destroy the future of the country and hinder the European path, and we must not allow that, Kovacevski said.

- With all my managerial and economic experience, with a new economic plan I can bring about the social change that we need. I need support, together with you, together with the citizens to make the changes and for the economic turnaround to happen next year. Together, let's build a European Macedonia, which will be a center of green energy, an equal member of the EU, a state of opportunities for young people, a safe state for retirees. Long live Shtip, long live SDSM, long live European Macedonia, Kovacevski added.