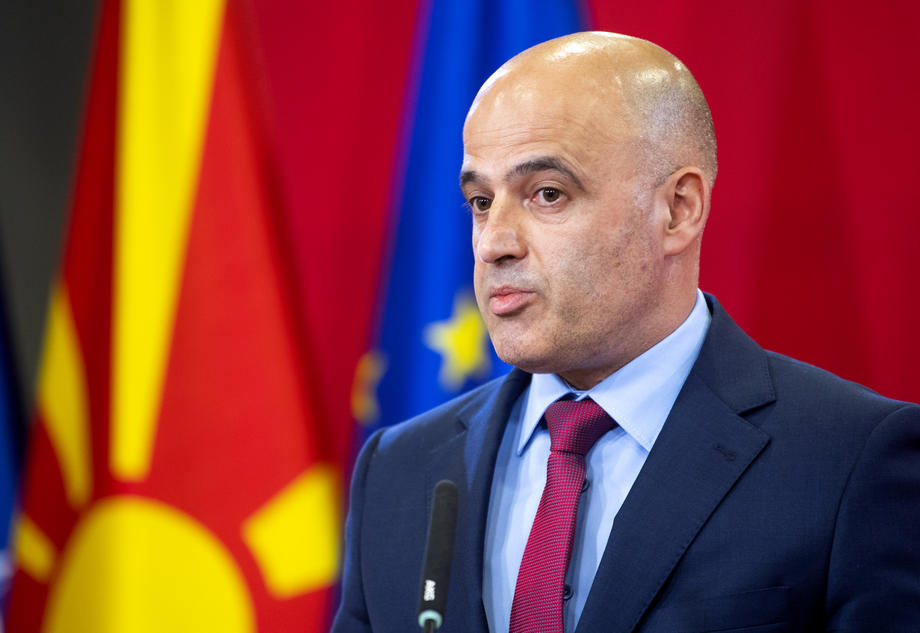 At the protest against the French proposal for the start of Macedonia's accession negotiations with the EU, which has been announced for tonight before the Government, the Ministry of Foreign Affairs and the Parliament, "something is being prepared that does not befit a NATO member state", said the Prime Minister today. Dimitar Kovacevski, referring to information from the Ministry of the Interior.

"We are a democratic society in which every citizen can express his opinion. But it should be within the law. With hoods, by injuring policemen - this is unacceptable for a country that is a member of NATO and wants to become part of the EU", Kovacevski said, emphasizing that last night four policemen were injured at the protests in front of the Government when the protective fence was demolished.

The protests, organized by VMRO-DPMNE and Left, continued today during the press conference of Kovacevski and the President of the European Council Charles Michel in the Government. The leader of the Left, Dimitar Apasiev, was at the forefront of the protests yesterday and the previous days.

Kovacevski said that what is happening in front of the government building was organized by political parties that clearly stood against the country's membership in NATO and the EU and emphasized that April 27, 2017 and the organized attack on the Parliament must not be repeated.

"Everyone can protest, but neither the police nor the government building is to blame," said the prime minister.

He reiterated that the new French proposal is in full compliance with the Resolution in the Assembly, and that in every respect they consistently adhere to the state positions in the negotiations with Bulgaria.

"We are protecting the public interest and the Macedonian national identity", Kovacevski said and announced that the bilateral protocol of the intergovernmental commission for the fulfillment of the Good Neighbor Agreement with Bulgaria will be published.