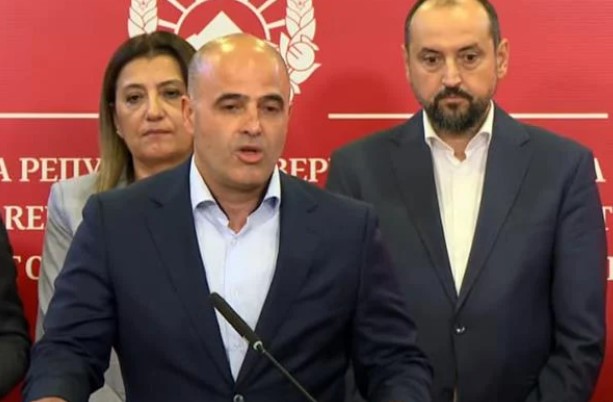 The Prime Minister Dimitar Kovacevski tonight at an extraordinary press conference it was announced that the residents of Skopje who are connected to the central city heating system will have warm radiators from October 15.

"The Economic and Energy Council of the Government has just finished its meeting and we have made decisions that I want to share with the public, which are related to a reliable, stable energy supply in the coming period. I call on the City of Skopje, RKE and the Commission for the Protection of Competitiveness to give a positive opinion on the decision as soon as possible, which will create conditions for the full functioning of the ESM with the heating plants. "Financial resources have been provided for the necessary energy sources for thermal energy," Kovacevski pointed out.

-Eighty percent subsidize the electricity bill for 650 thousand households, and over 70 thousand companies and other legal entities, so-called small consumers with an annual turnover of up to two million euros will receive subsidized electricity that is three times lower than the stock price. In addition, we made a decision that primary and secondary schools on the territory of the entire country should be on a regulated market, regardless of the fact that the responsibility for ensuring the educational process lies with the municipalities themselves, said the Prime Minister.

At the extraordinary press conference in the Government tonight, in addition to Kovacevski, the Deputy Prime Minister Fatmir Bitici, the ministers of finance and economy, Fatmir Besimi и Kreshnik Bekteshi, the Minister of Labor and Social Policy Jovanka Trenchevska, who participated in tonight's session of the Economic and Social Council, as well as the director of the ESM, Vasko Kovacevski.