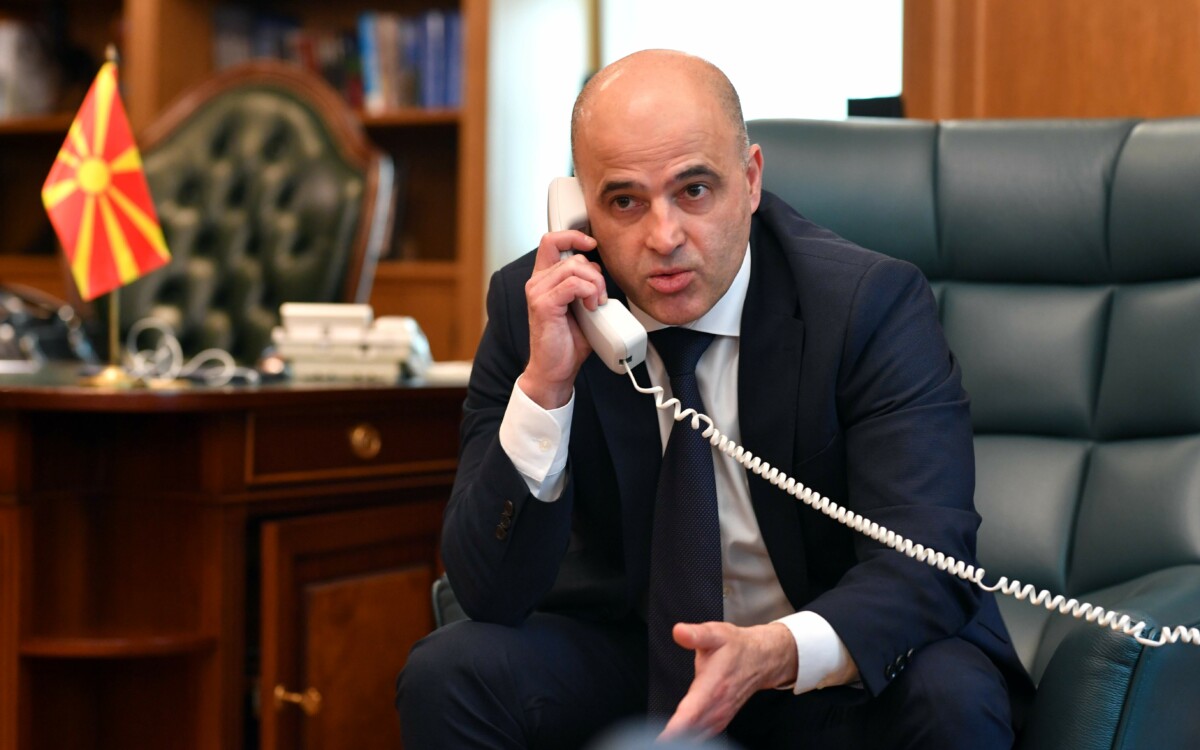 The Prime Minister Dimitar Kovacevski Today he had a telephone conversation with NATO Secretary General Jens Stoltenberg, in which he stressed "the unity and resolute response of the Alliance to the unprovoked war in Ukraine and the unanimity in support of the sovereignty and territorial integrity of the Republic of Ukraine and its inalienable right to self-defense." internationally recognized borders ".

According to the government press service, during the conversation, Prime Minister Kovacevski said that the Republic of Northern Macedonia gives its maximum contribution to the response and NATO policies regarding this issue and remains committed to assisting Ukraine in the field of coordinated activities. with the Alliance, as well as in the reception of refugees from this country.

As an expression of strong support for the open door policy, it is added, Prime Minister Kovacevski in the conversation with Stoltenberg "welcomed the initiative of Sweden and Finland to become members of NATO and added that" Northern Macedonia will speed up the process of approving membership in "The alliance of these two countries."

In a conversation with Kovacevski, NATO Secretary General Jens Stoltenberg welcomed the support of Northern Macedonia for the immediate accession of Sweden and Finland to NATO, and emphasized the success of the military exercise "Swift Response 22", which was confirmed by our country. as a valuable partner of the Alliance, the Government said in a statement.

In a telephone conversation with Stoltenberg, it was pointed out that Prime Minister Kovacevski also expressed his and the Government's support for the leadership shown and the extension of the mandate of the Secretary General in these extremely complex circumstances caused by Russia's military aggression on Ukraine.

VIDEO: Vardar "on the gills" in Gostivar, fishermen demand responsibility

Berbock welcomed the French proposal: It is an opportunity that should not be missed

Berbock: The French proposal should not be missed

The government has scheduled a meeting at 20:15 and Kovacevski's press conference at 20:30