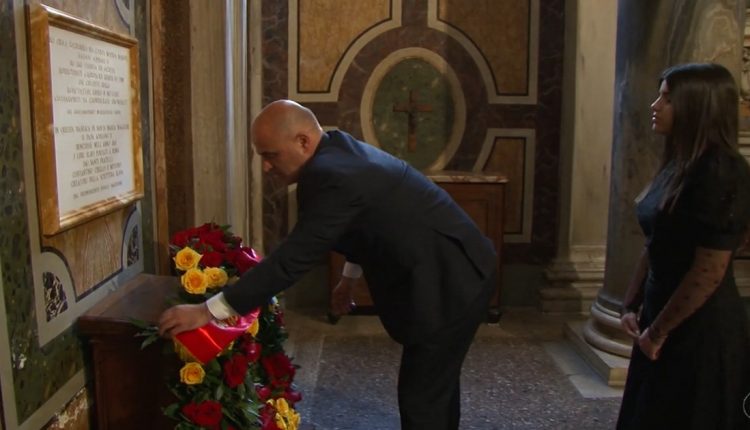 The Prime Minister Dimitar Kovacevski together with the government delegation that is on a two-day visit to the Vatican and Rome on the occasion of May 24 - the Day of the All-Slavic educators Saints Cyril and Methodius, today laid a wreath of flowers in front of the memorial plaque dedicated to the work of the holy brothers in the Basilica of Santa Maria Maggiore.

According to the government press service, the Basilica of Santa Maria Maggiore has a special place in the chronology of the mission of the Holy Brothers Cyril and Methodius, because in it Pope Adrian II in 868 consecrated the books prepared by the Holy Brothers to spread Christianity. in a language understandable to the Slavic peoples.

- In this basilica of Santa Maria Maggiore, Pope Adrian II in 868 consecrated the Slavic books brought to Rome by the holy brothers Constantine Cyril and Methodius, the creators of Slavic literacy. From the grateful Macedonian people, reads the text in honor of Saints Cyril and Methodius, which in Macedonian, along with Italian, is written on the memorial plaque placed in the Basilica of Santa Maria Maggiore in Rome.

In the ninth century, the Basilica of Santa Maria Maggiore was the temporary seat of the Pope until the papal residence was moved to the Vatican Palace, where it is today.