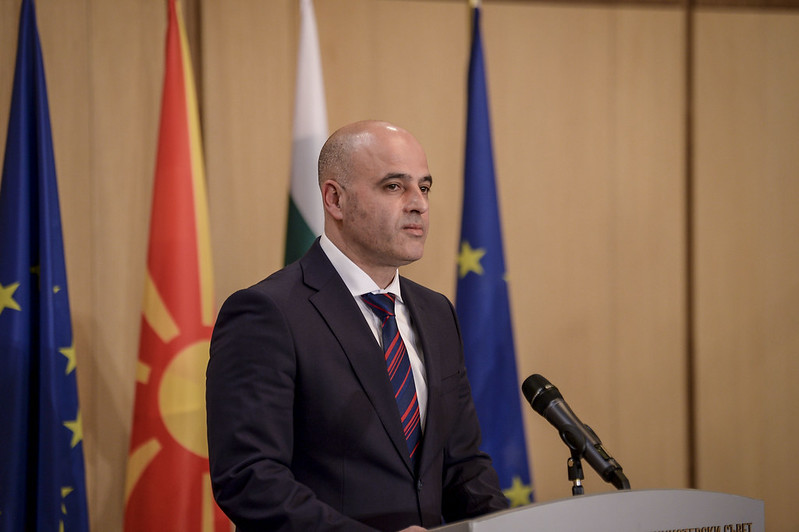 Dimitar Kovacevski / Photo: Government of the Republic of Northern Macedonia

The Prime Minister Dimitar Kovacevski Tonight, in a guest appearance on MTV, he said that Corridor 8 is not only important for Bulgaria and Macedonia, but also for Albania.

- It connects two seas and gives us a chance for the three countries to get out of ports. We are the center of this Corridor 8. We are already working on the project for the railway Skopje-Sofia. Financing for certain sections with European money and part of the state budget has already been completed. The deadline for visible results is 2027. When we look at the 2022 timeline, that project may seem far-fetched, but it is ambitious and significant. We plan to affirm this railway line in the EU, said Kovacevski.

He added that the new energy in relations with the eastern neighbor has brought many projects and opportunities for co-operation.

"The new energy and dynamics of relations with Bulgaria, determined at our first meeting with the delegation of the Bulgarian government in Skopje and the return visit to Sofia to hold a joint session, through the work of the first meetings of the working groups put on the table many projects and opportunities. for cooperation. Instead of communication that was reduced to accusations, hate speech, speeches of propagandists, which do not fit the relations between the two countries, we agreed on very concrete initiatives that will involve the chambers of commerce, the business community to grow in the economy and other areas. Deadlines have even been set, such as making visible progress in the construction of Corridor 8 by 2027. "It is an ambitious but achievable plan," he said.

The police "defend" the freedom of information