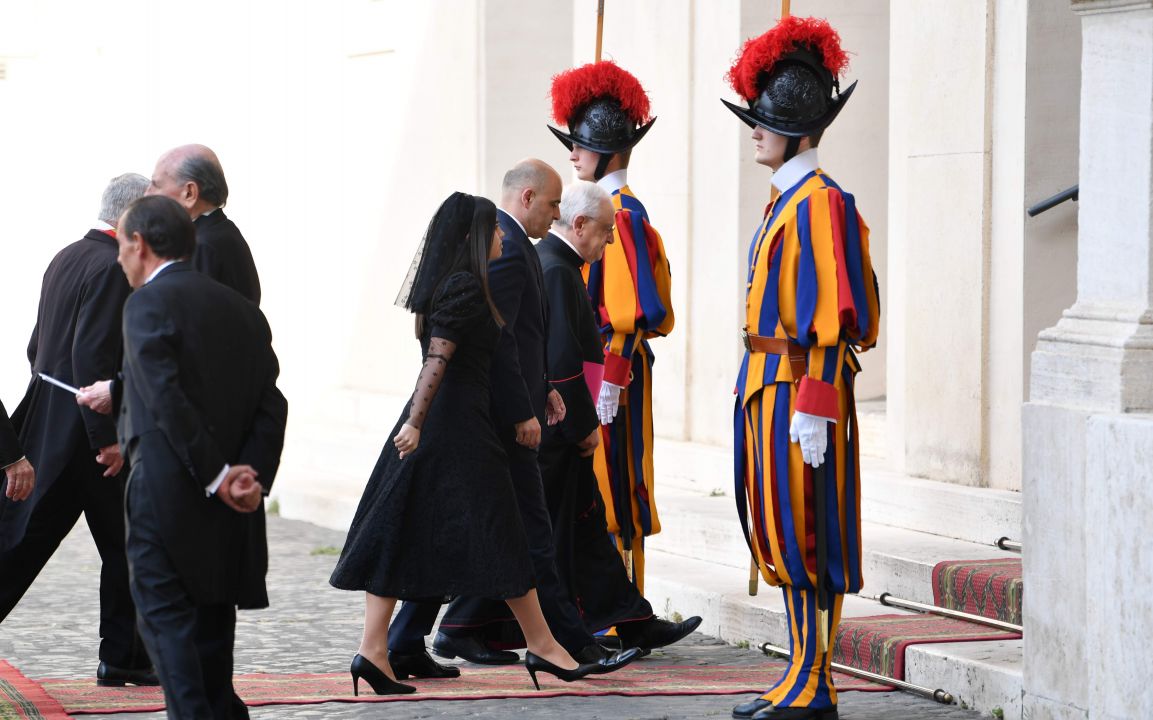 On the the audience with Pope Francis On the occasion of the celebration of the great work, the Holy Brothers Cyril and Methodius, who with their mission spread Christianity in a language understandable to the Slavic peoples and performed the mission of connecting the peoples of Europe, confirmed the friendly relations with the Holy See, wrote Prime Minister Dimitar Kovacevski on his Facebook profile.

- Northern Macedonia and the Vatican are strongly linked by mutual respect based on common historical, cultural and religious traditions and important figures such as the Holy Brothers Cyril and Methodius and the Holy Mother Teresa. We agreed with Pope Francis that caring for our most vulnerable fellow citizens in times of crisis and respecting differences are the pillars of building a society in which there is room for all, and that fruitful cooperation with the Vatican will deepen because we share the same values ​​of mutual understanding and tolerance. and human dignity, Kovacevski announced.

Prime Minister Kovacevski and the delegation of the Government of the Republic of Northern Macedonia, which is on a two-day visit to Rome and the Vatican as part of the traditional festivities in honor of May 24 - the Day of All-Slavic Enlighteners Saints Cyril and Methodius, were received today by His Holiness Pope Francis.

Kovacevski had a tete-a-tete meeting with Pope Francis, and then an audience where he was accompanied by his daughter, as well as other members of the delegation of Northern Macedonia - Bujar Osmani, Minister of Foreign Affairs, Oliver Spasovski, Minister of Interior, Bisera Kostadinovska Stojcevska, Minister of Culture, Martin Popov, Head of the Cabinet of the Prime Minister, Ana Andreeva, Secretary for Communications, Public Relations and Protocol, Darijan Sotirovski, Director of the Commission for Relations with Religious Communities, Nikola Jankulovski, Rector of UKIM, Pimen Ilili the Metropolitan of MOC-OA, Josif Todorovski, the Metropolitan of MOC-OA and Zoran Stojanov, Dean of the Strumica Diocese of the Catholic Church and Marija Efremova, the Ambassador of the Republic of Northern Macedonia to the Vatican.

At the audience with Pope Francis, as one of the central activities of the program to commemorate the life and great work of Saints Cyril and Methodius, Prime Minister Kovacevski expressed gratitude for the Pope's visit to our country in 2019, which was the first visit of a Roman Catholic leader. rkva written as historical.

- During the conversation at the meeting with Pope Francis, the role of the Holy Brothers Cyril and Methodius was emphasized, who with their mission to spread Christianity in a language understandable to the Slavic peoples, also performed a mission of connecting the peoples of Europe. Northern Macedonia and the Vatican, it was emphasized at the meeting, since the establishment of diplomatic relations 28 years ago, with commitment and mutual respect build friendship based on common historical, cultural and religious traditions and important figures such as Saints Cyril and Methodius and Holy Mother Teresa, said government press service.

The meeting also welcomed the initiative to sign a thorough agreement (concordat) between Northern Macedonia and the Holy See, to regulate the status of the Catholic Church in our country and to promote cooperation in areas of mutual interest, especially in the field of cooperation between educational institutions and archives of both countries.

Prime Minister Kovacevski stressed that to his great satisfaction, Pope Francis agreed that the support of our most vulnerable fellow citizens in times of crisis is the essence of our action. Respect for differences as one of the pillars of building a society in which there is a place for all is reflected in the tradition of inter-religious tolerance, respect for various religious beliefs and the fostering of freedom and democracy in the Republic of Northern Macedonia.

At the meeting of Prime Minister Kovacevski and the Macedonian delegation with Pope Francis, messages of hope and desire for prosperity were shared in the post-pandemic period, but also at a time of dealing with the biggest crisis ever. It was emphasized that fruitful cooperation with the Vatican would be deepened, as we shared the same values ​​of mutual understanding, support for the most vulnerable, equality, tolerance and human dignity.

Prime Minister Kovacevski presented Pope Francis with a handmade fragment with calligraphic writing on handmade paper of the praise of St. Clement of Ohrid, a rosary with a traditional Ohrid pearl and filigree, as well as a vinyl record by Macedonian virtuoso Vlatko Stefanovski.