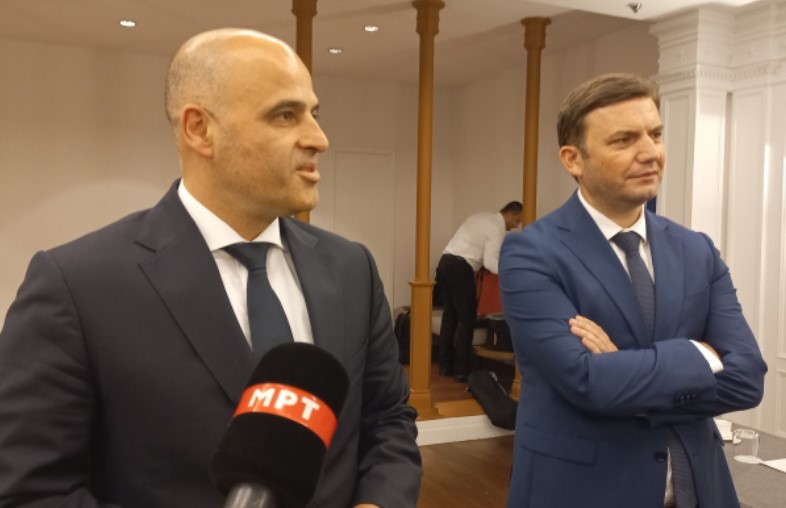 "At the moment I can not say whether there is progress in reaching a mutually acceptable document with Bulgaria, but talks are continuing between the expert teams of the foreign ministries and as soon as there is some progress then it will be announced at the ministerial level," he said. today the Prime Minister Dimitar Kovacevski, after meeting with his Bulgarian counterpart Kiril Petkov in Rome.

As the correspondent for MIA from Rome reported, Prime Minister Kovacevski noted that if there is a document that will be mutually acceptable, it will be presented publicly.

The meeting with Petkov, as informed by the Prime Minister, was attended by the Ministers of Foreign Affairs of the two countries Bujar Osmani and Teodora Gencovska, who informed about the course of the talks that are taking place at the level of experts of the ministries.

According to Kovacevski, it was agreed that those talks would continue in order to try the foreign ministries to reach a document that would be acceptable to both countries and would be the basis for a solution that could be shared with the institutions in both countries.

- We did not discuss at all whether there are new conditions from Bulgaria. These are questions that were open before, for them there is already a so-called Portuguese proposal, which is still the basis for talks between the Ministries of Foreign Affairs and at this point I can not say about progress in reaching a mutually acceptable document, given that until such a document is reached we can not talk for progress, Kovacevski said.

He noted that the meeting with the Prime Minister of Bulgaria was extremely constructive and that they discussed several topics.

Regarding the expectations for the upcoming EU Summit in June, Kovacevski said that he does not want to be tied to dates, because as he stressed, our country has been hostage to dates from month to month for too long and believes that such a thing does not depend solely on us. , but depends on the decision of the 27 EU member states.