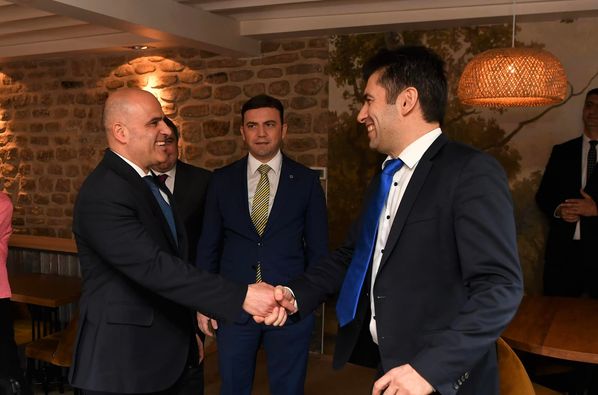 Kovacevski and Petkov at the NATO summit in Brussels / Photo: Facebook

"Given that the Bulgarian Prime Minister is in Rome today, we will have a meeting to discuss the progress of talks between the foreign ministries of the two countries," he said. Dimitar Kovacevski after an audience with Pope Francis at Ватикан in response to a question about the expectations from the meeting with Kiril Petkov, MIA reports.

Kovacevski said that they have regular communication with Petkov, which, as he said, takes place on various topics.

- Today we had a meeting with other officials in the Vatican, with people in charge of international relations, with the Vatican Secretary. We will also have a meeting with the Bulgarian Prime Minister in the afternoon. "I and the Bulgarian Prime Minister have regular communication on various topics and given that they are in Rome today, we will have a meeting to discuss the progress of talks between the Ministries of Foreign Affairs," Kovacevski said.

Saracin: With the French proposal, the door for North Macedonia to the EU is wide open

Petrovska: With NATO support, we are improving the capacities of the army unit for pilot training

Kurban Bayram – July 9, a non-working day for citizens of the Muslim faith