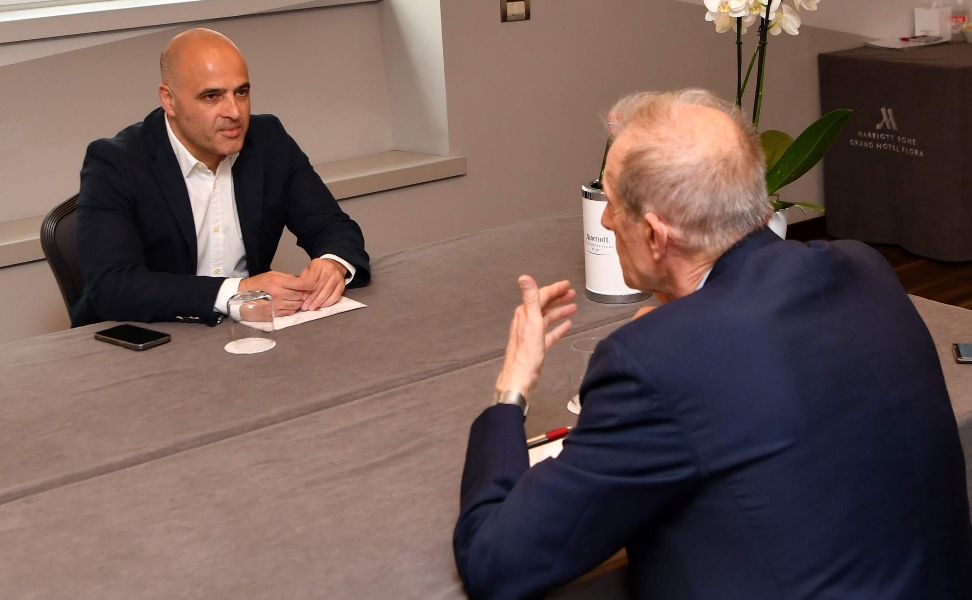 Photo: Government of the Republic of Northern Macedonia

The issue of starting negotiations in Brussels with Northern Macedonia is a necessary answer to the need for European security, the Prime Minister stated at today's meeting. Dimitar Kovacevski and the chairman of the Foreign Affairs Committee of the House of Representatives of the Italian Parliament Piero Fassino.

At the meeting, before the start of Kovacevski's official and working visit to Italy and the Vatican, the traditional friendship between Northern Macedonia and Italy was emphasized, which is constantly being promoted at the highest institutional level, which is based on common European values.

At the meeting, Prime Minister Kovacevski thanked for the strong support for our country's European prospects, which was formally expressed in the resolution of the Parliament of the Republic of Italy in which the Italian MPs asked the EU to continue enlargement with immediate start of membership negotiations with Northern Macedonia. "Albania, as a priority issue that will confirm the European perspective of the Western Balkans," said the government press service.

During his stay in the Vatican and Rome, Kovacevski will have an audience with Pope Francis and will attend the prayer at the tomb of St. Cyril in the church "San Clemente", and in the working part of the visit meetings with the President of the Council of Ministers of Italy are announced Mario Draghi, as well as with the Prime Minister of Bulgaria Kiril Petkov.