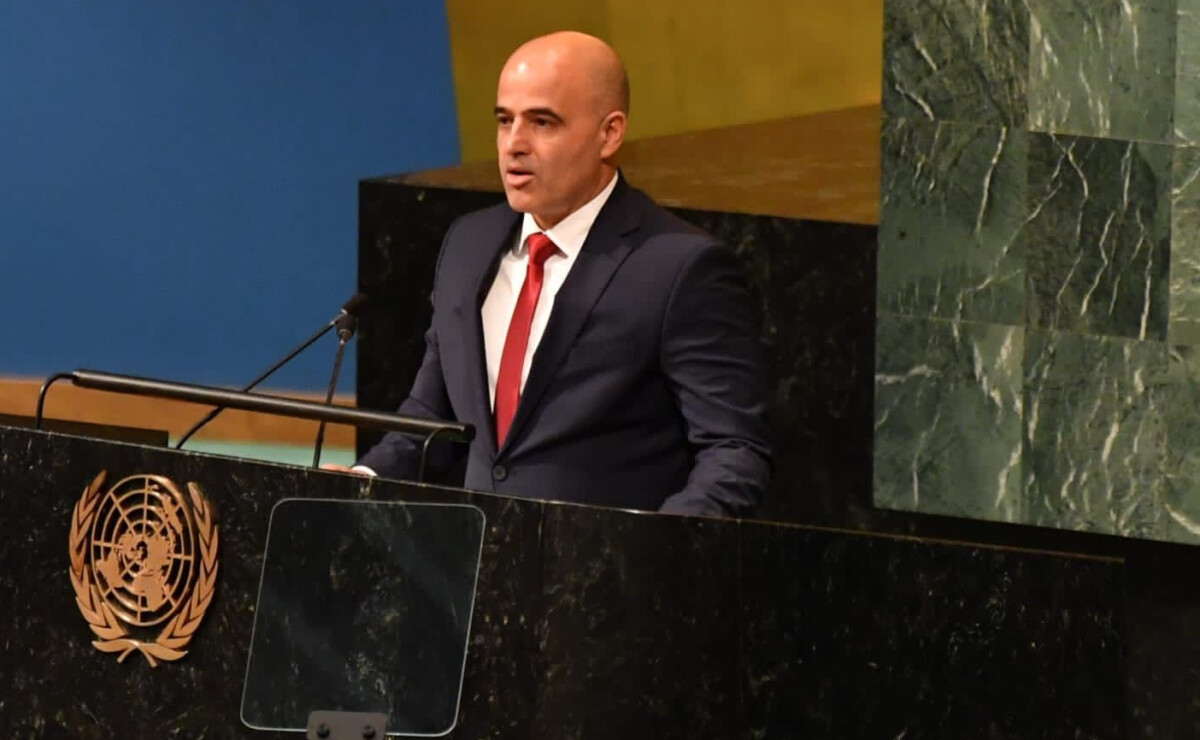 Dimitar Kovacevski at the UN / September 24, 2022 / Photo: Government of the Republic of North Macedonia

The citizens of North Macedonia deserve the greatest credit, because they have waited too long for this moment. I understand why they feel frustrated and tired walking that long way to Europe. But we have no other alternative that will provide us with a better standard of living, the Prime Minister stressed this afternoon Dimitar Kovacevski at the General Debate of the 77th United Nations General Assembly in New York (USA).

The Prime Minister stressed that despite all the difficulties, the European Union is still the best option.

"We simply do not have the opportunity or the privilege to give up now." Now is the right time to continue full steam ahead even faster. The membership of North Macedonia in the EU is of essential importance for the EU itself, especially in the new circumstances of the global plan", said Kovacevski, who added that the European integration democratic path in the Western Balkans must be ensured as a contribution to European peace.

He pointed out that North Macedonia works through a focus on solutions and togetherness in challenges that do not know state borders, ethnic, linguistic, religious or other differences.

"We are all on the same boat and we have no choice but to stand in solidarity with each other and to act unitedly in the defense and promotion of the basic values ​​- freedom and peace in the world. "Peace is achieved through compromises, but it is preserved by mutual understanding," said the Prime Minister.

In his speech, Kovachevski referred to the Russian aggression against Ukraine, stressing that it is worrying that the aggression comes from a permanent member of the UN Security Council - the Russian Federation, and that it decides to solve a challenge through violence. The show of strength of a geographically smaller country determined to share democratic values, according to the prime minister, is an unacceptable precedent.

"Strength is in unity, this lesson that together we can do more than alone, today the world is learning it in the unexpected circumstances we are facing, firstly the pandemic now and the cruel war in Ukraine, the unity of the democratic world is necessary", Kovacevski concluded, calling for solutions through solidarity, sustainability and science.

In his address to world leaders, he also addressed the disrupted world food supply, the wave of refugees caused by the conflict, as well as climate change and natural disasters caused by them.

"The goal of North Macedonia is peace. We are a country that teaches that friendship depends on community. "Our country is an example of multi-ethnic democracy in the region and in the world, and an important partner of the EU and NATO allies," Kovacevski said.

The theme of this year's general debate is "Transformative solutions to intertwined challenges".