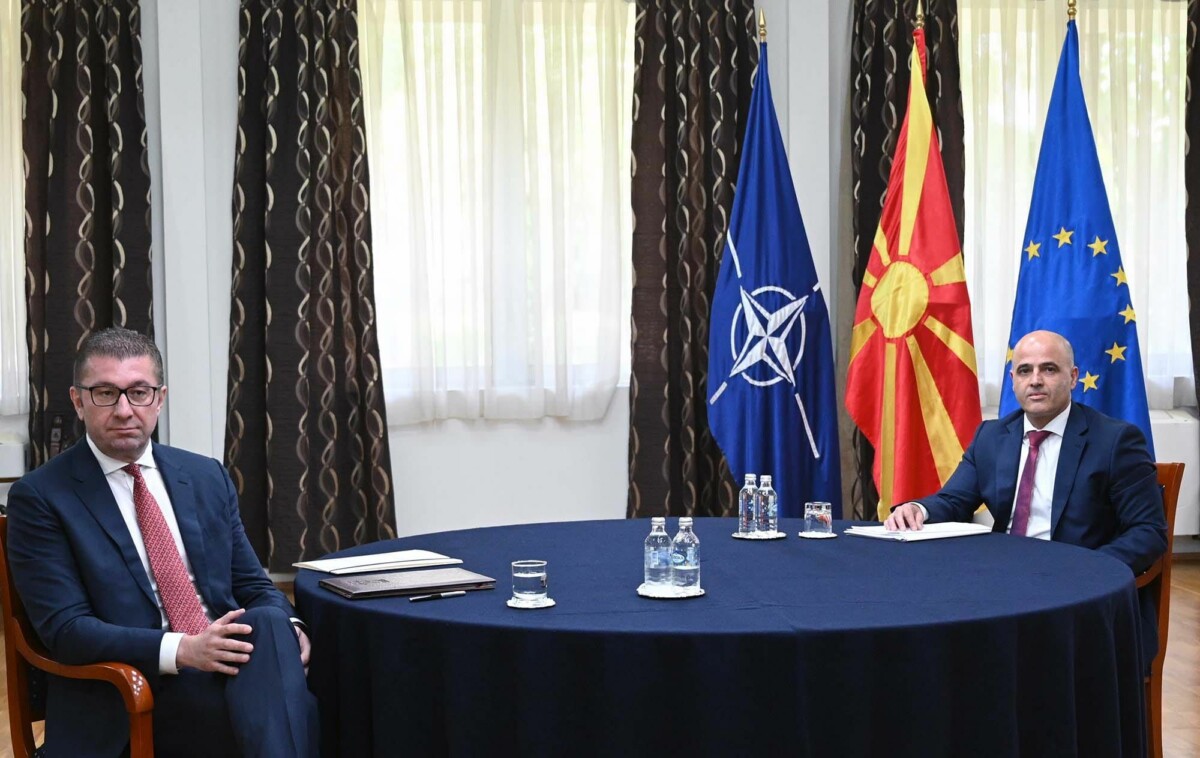 Some of the coalition partners to whom the French proposal was presented expressed positive views, the rest should declare themselves in the following period, Prime Minister Kovacevski pointed out at today's press conference after the meeting with the leader of VMRO-DPMNE, Hristijan Mickoski.

- Regarding the consultations, we already had an initial meeting with the coalition partners to whom it was presented, some of those coalition partners have already expressed positive views regarding the proposal that we have received, some of them will express their views in the future period. normally we have communication with our coalition partners. There is still a part left for consultation, I had a telephone conversation with Ziyadin Sela this morning, most likely tomorrow we will meet with the Vice Prime Minister for European Affairs to be presented to him, explained in all parts, Kovacevski said.