VIDEO | Kostadinovska-Stojchevska: The whistles at the celebration of the Framework Agreement are a kind of provocation 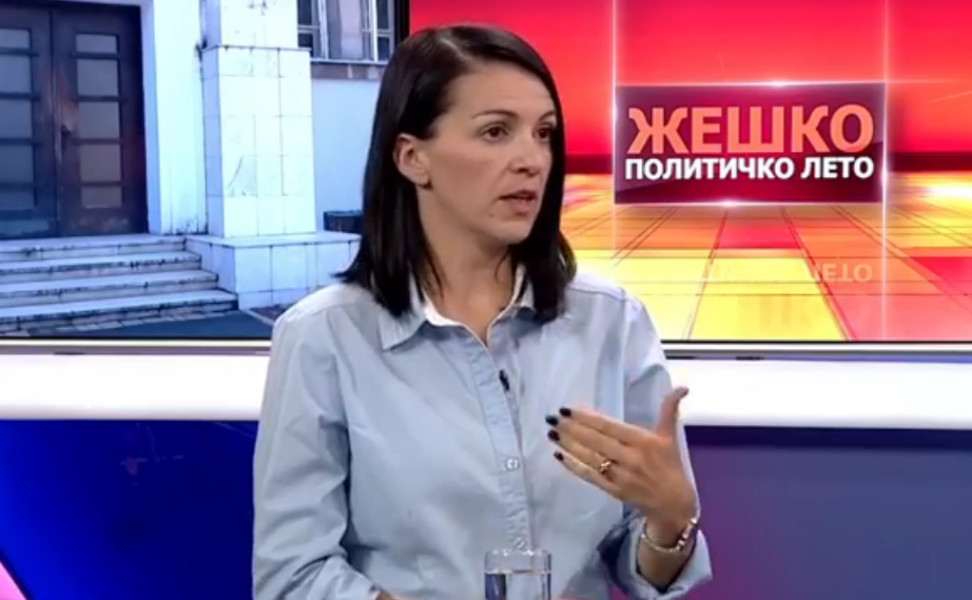 The Minister of Culture Bisera Kostadinovska-Stojcevska assessed the whistles in the Macedonian language at the celebration of the Framework Agreement as provocations.

"There have always been provocations and there will always be, but that does not mean that we should remain silent about this kind of phenomenon. But I still believe that those provocations were not at all from some of the actors in power and I hope that the booing was from a completely different segment", said the minister in the guest appearance of the show "Hot Political Summer" on Channel 5 in response to a question whether the Government will react to whistling in the Macedonian language at the celebration of the Framework Agreement.

According to her, today's case, when members of the Association of Bulgarians in the country cleaned the monument of Gotse Delchev in Skopje and placed a Bulgarian flag on it, is also a provocation.

"We as a country take care of our cultural heritage, which includes monuments and all other memorials. I would not like to comment on why and who woke up why the Bulgarian flag was placed on this monument, but in some way it is becoming a kind of provocation that in such delicate times we really do not need either of the two countries", said the Minister of culture.

During her visit, she also spoke about the inclusion of Bulgarians in the Constitution and emphasized that she does not see anything wrong with such an act.

"With the inclusion of Bulgarians in the Constitution, the political theses that we are moving towards Bulgarianization, assimilation... This is the problem of the opposition, because they know what it will mean that we will have Macedonian people on the one hand and Bulgarians in the Constitution who are represented by a certain percentage . I am sure that no free-thinking citizen has anything against the Bulgarians, Montenegrins, Croats and all other smaller groups being included in the Constitution because it makes a very clear definition that there is a Macedonian language, culture and identity, represented by the Macedonian people in the Republic of North Macedonia and there is a culture, identity and language of other groups of citizens who forget other languages ​​other than Macedonian," she said.

In relation to whether there is a majority for amendments to the Constitution and whether "some kind of scenario with bribery, pressure" is being prepared, the Minister of Culture says that "this is not an authority that brings laws for the good of the state and for all who live in it , with blackmail, bribery or threats".

She believes that Bulgaria has no new demands from the country on the way to the EU, and she says she could not talk about whether she secretly wishes for something.

"Bulgaria can secretly wish for everything it wishes, and whether it will come true, we have so far shown what the demands were before and what the demands are today. As long as the SDSM is in power, they will hit a wall, says Culture Minister Bisera Kostadinovska-Stojchevska in "Hot Political Summer", answering the question about whether Bulgaria secretly wishes that our authors would not write about history.