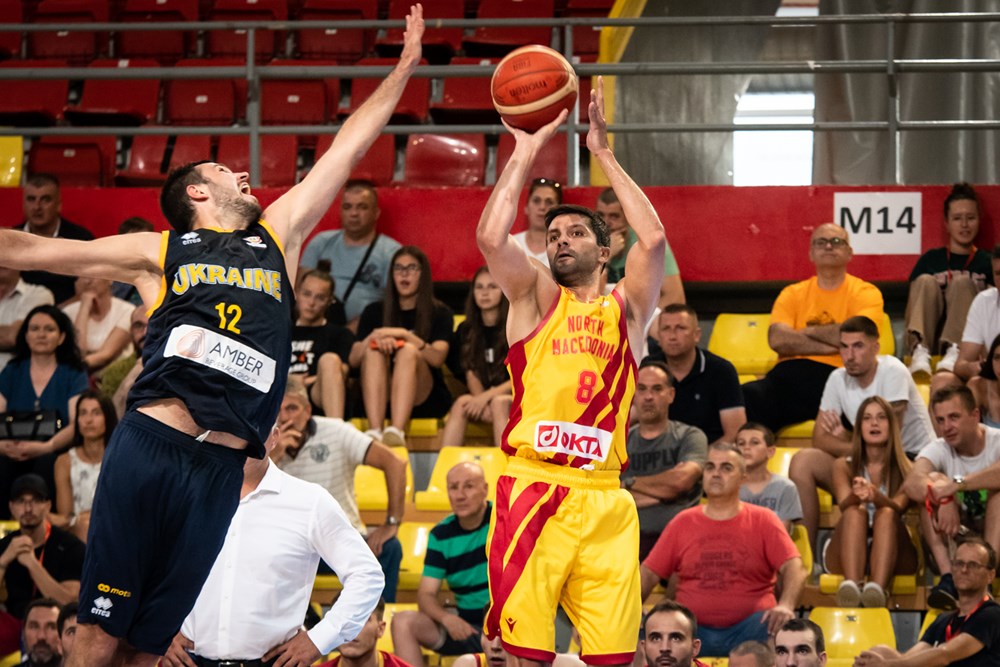 The basketball national team of Macedonia suffered its sixth defeat in the last sixth game of the first phase of the qualification for the 2023 World Cup.

The basketball players today in SC "Boris Trajkovski" lost to the selection of Ukraine with 68:73 and won the last place in group "G" with a basket difference of minus 122 (373:495). Just today, the basketball players experienced the narrowest defeat of only minus five, while the most convincing defeat was four days ago when Spain celebrated with 36 points (80:44).

The Ukrainians played an excellent first quarter, which they decided in their favor with 21:35, scoring seven three-pointers. They opened the game with two three-pointers by Mihalik, after which a quarter was spent in the attempts of Dragan Bajic's team to get a score.

But the cheerful Ukrainians had an answer, it was the shot from a distance, they scored as many as seven three-pointers and after ten minutes of play they had a convincing 21:35.

And the second quarter started with a good game by the Ukrainians, who reached plus 17 (30:47), followed by an awakening of the "red-yellow" and a 14:0 run that brought back hope for a triumph. With the score 46-50, no shots were made for a full comeback, but the aggressive defense kept Macedonia in the game, so after Robev's points for 51-54, the Ukrainian coach was forced to ask for a timeout.

It bore fruit and the Ukrainians hit a three-pointer, but Nikolov with a layup scored points for 53:57 with which they entered the last quarter.

In the decisive quarter, the Macedonian basketball players had a reachable deficit until the middle of the quarter, after which Ukraine made a series of 0:8 for 57:69. Macedonia did not give up and after the points of Jakimovski it reduced to 65:69 and a new timeout for the Ukrainians. With this result, we had three attacks for a comeback, but Jakimovski's pass ended up on the hoop, Vojdan Stojanovski and Jakimovski were inaccurate for a three-pointer immediately after, after which the Ukrainians sealed the victory and left Macedonia without a single triumph in the WC 2023 qualifiers.

Andrej Jakimovski with 17 points and 9 rebounds was the best in the "red-yellow" camp, and Vojdan Stojanovski with 15 and Bojan Krstevski with 13 points played a good game. Svyatoslav Mihalik was the best for Ukraine with 24 points.

PHOTO: This is how Pandev reacted to Milevski's statement

Milevski: The result is not realistic, we had many more chances than Bulgaria

Antov: The booing of our national anthem motivated us

VIDEO: The Hungarian "fairytale" is over, Italy will play in the F4 tournament in the League of Nations

PHOTO: Macedonia with another defeat in the League of Nations, Bulgaria celebrates in Skopje