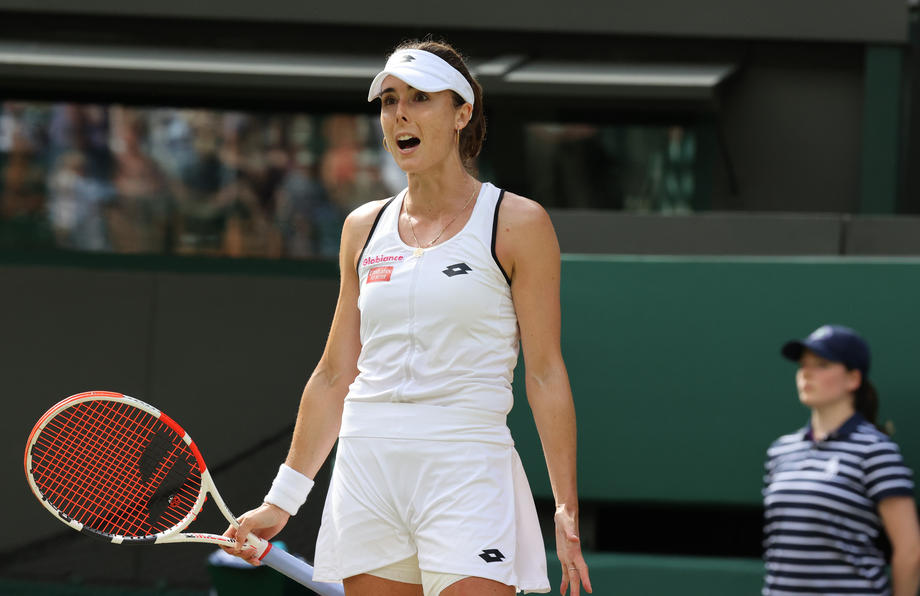 The French tennis player Alize Cornet is the heroine of the day at Wimbledon due to the victory of the best tennis player in the world Iga Schwiontek with 6:4,6:2.

With the victory, Corne broke the longest winning streak in the 21st century of 37 triumphs in a row, which was owned by the number one tennis player, Iga Svyontek.

- I am speechless. This reminded me of my win over Serena Williams eight years ago on the same No. 1 court at Wimbledon. That's my happy ground. I am a big fan of Iga Šviontek, she is incredibly talented and I am very happy that I managed to beat her - said Korne.

The Frenchwoman now holds the record for the number of consecutive appearances in Grand Slam tournaments with 62, and in the second week of Wimbledon she qualified for the first time since 2014.

- I live and train for such matches, they motivate me and I believe that I can win. She's won 37 matches in a row, but if Iga can be beaten anywhere, it's on grass. Therefore, I was convinced that I could do it, I was focused, and I had the best team and the best fans by my side - Korne added.

The next challenge for Korne is the round of XNUMX match with Ajla Tomljanovic.