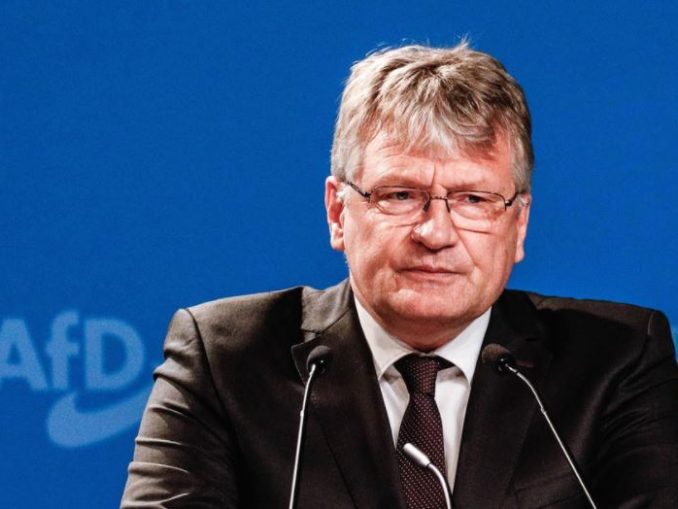 Long-standing co-chair of the German far-right Alternative for Germany (AfD), J Меrg Meuten, announced today that he is resigning from the position and the party, DPA reported.

Meuten, 60, who was elected co-chair of the AFD in 2015, said today that he wanted to keep his job in the European Parliament.

He has long clashed with much of the rest of the party, having repeatedly argued for the past two years that his party has taken a more moderate course.

In doing so, he created enemies with this attitude, especially in the far-right movement around Thuringia's regional leader, Bjorn Hoke.

Meuten had difficulty gaining wider support for his positions within the party. In August, for example, he failed to oust Matthias Helferich, the AfD candidate for the Bundestag in North Rhine-Westphalia.

The DPA recalls that Mauten was elected to lead the anti-immigration group in the summer of 2015, as one of its two co-chairs. At the time, it was with Frauke Petri, who left the party two years later, and his relationship with the current party co-president Tino Crupala it is practically difficult from the very beginning.

Chrupala is now the sole leader of the far-right Alternative for Germany, which won its weakest result in years in parliamentary elections in September.

Green to world leaders in Davos: We can not allow the world to be ruled by brute force

China retaliates against Biden: Do not underestimate Beijing's determination to protect its sovereignty

Biden warns Xi Jinping: "I am ready to allow the use of military force in defense of Taiwan"

A heat wave hit Spain, measuring record temperatures up to 16 degrees above average