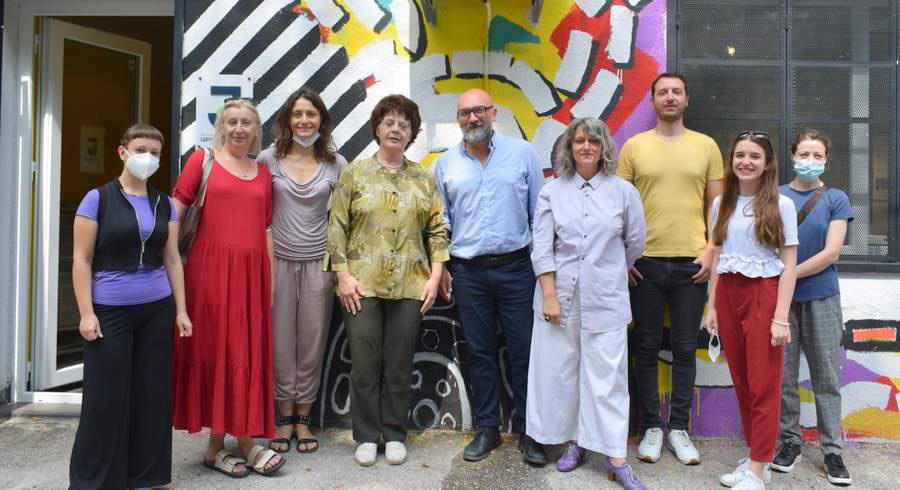 The Minister of Culture, Irena Stefoska, at a meeting with representatives of the Management Board of "Jadro", expressed satisfaction and the need for joint dialogue and partnership to improve the situation on the independent cultural scene.

The importance of the Interdisciplinary activity, which covers the socio-cultural context, was emphasized at the meeting. Minister Stefoska emphasized the contribution of the independent cultural sector in 2018 for the further development and ideological shaping of this activity.

Through mutual cooperation, it was agreed to provide conditions and resources for education of young and less experienced artists and cultural workers for successful application to the Annual Competitions of the Ministry of Culture. The already started process of digitalization of the Competition for projects of national interest for 2022 was discussed, as well as the resolution of specific remarks regarding the user agreements and the bureaucratization of the process. The need to include new profile definitions regarding the status of an independent artist was also emphasized.

The importance of supporting the new models of civil-public partnership in culture was emphasized at the meeting, especially important for its decentralization, taking as an example the Cultural-Social Space "Podium-Jadro" in Kavadarci, which serves the Tikvesh region.