The concert "Voda" will close the 42nd "Skopje Summer" 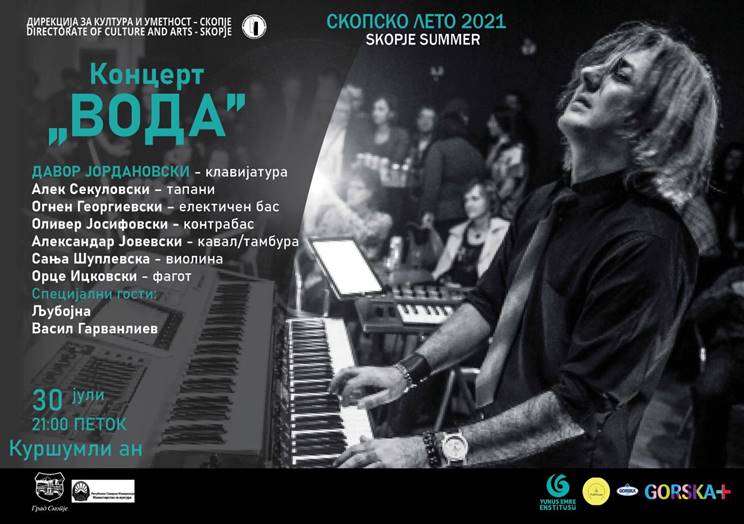 The "Skopje Summer" event with its 42nd edition will close on July 30 with a concert titled "Water" by Davor Jordanovski and his band. The concert will take place in Kurshumli-an, starting at 21 p.m.

The famous pianist, composer and producer, Davor Jordanovski and his group "Voda", immerse the listener in ancient soundscapes, conceived with a modern taste. In addition to the variety of instrumentation and intelligently arranged rhythmic variations, the music of "Voda" is characterized by dynamic and fluid instrumentation and sound. "Water" feeds on its surroundings and takes shape in the context of what is being performed, embodying, at the same time, serenity, purity, change, power and rage - just like water itself.

Davor Jordanovski was born and raised in Macedonia, lives in Canada, and spent several years in Libya as a child. Impressions of living in that culture remain with him as he grows up in his hometown of Skopje, where he is influenced by music from the Balkans and Europe.

The concert will be held in accordance with the protocols for holding cultural events during a pandemic.