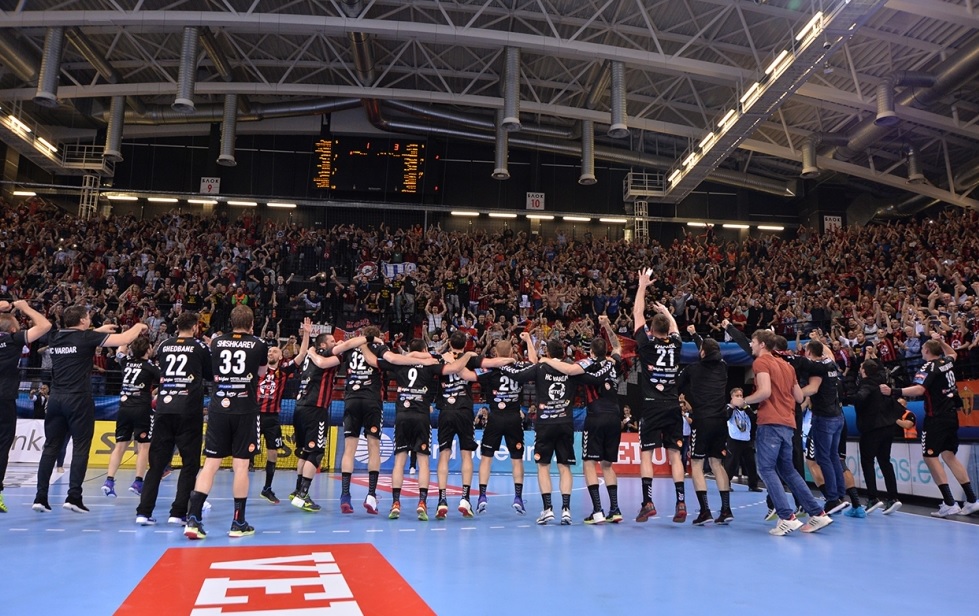 "Komiti" ready for a new great atmosphere in SC "Jane Sandanski" for which they are recognizable in Europe / Photo: rkvardar.mk Denis Dukovski

Today, the handball club Vardar 1961 also reminded the fans that tickets can be bought for tomorrow's match of the Champions League against the Belarusian Meshkov Brest, which will be played at 20.45 in SC "Jane Sandanski" - Skopje.

At the same time, RK Vardar 1961 informs that tickets for this match will be sold in front of the hall. More about ticket sales HERE

Due to the situation with covid-19, it is allowed to use 30 percent of the capacity of the hall, up to a maximum of 1.800 people. Without an appropriate certificate / confirmation for immunization (vaccination) of the SARS-CoV-2 virus, you will not be able to enter the gym even if you have purchased a ticket (seasonal or individual) for the matches.

Players and coach Veselin Vujovic also called on as many fans as possible to attend the stands. The faithful "Komiti" are also ready to give their support and singled out five reasons, the reason why SC "Jane Sandanski" should be filled on Wednesday.

Vujovic: Vardar without fans is not Vardar

- For those who love Vardar, one is enough - GAME VARDAR! But let us remember and remind others:

1) MIHAJLO MIHAJLOVSKI!
If there was a gauge of who loves him, how much he dedicated himself, who spent how much time and contributed to Vardar, the name of the old-new Owner of RK Vardar will be at the top of the list!
Miho deserves it - the credit goes to him!

2) VESELIN VUJOVIC - VUJO!
Ajvarden, September 30, 2014 was the moment when we parted from Vujo (as already coach of Zagreb) and Kale, and we promised to reunite! This is the moment…

4) JANE SANDANSKI! Let us remember the energy we create in this Handball Temple, to create an atmosphere for which we are recognizable in Europe and everywhere where handball is played!

5) To greet Stole, Timur and the others, to support the new Vardar, who will continue the continuity of appearances in the European elite, and on whose shoulders there is a jersey that weighs two European titles, and to which there is no Vardar and Komita who would not add another one this season. It is ungrateful to expect, It is brave to hope but no one can forbid us to secretly wish!

We have not been for a long time, and after everything that happened to us and is happening with the Football Club, to create a recognizable winning atmosphere, to rejoice with our friends and the Champions on the field, and to join the tribune as ever! EVERYONE IN THE HALL !!! - reported "Komiti".