How realistic is it for Ukraine to return Crimea? 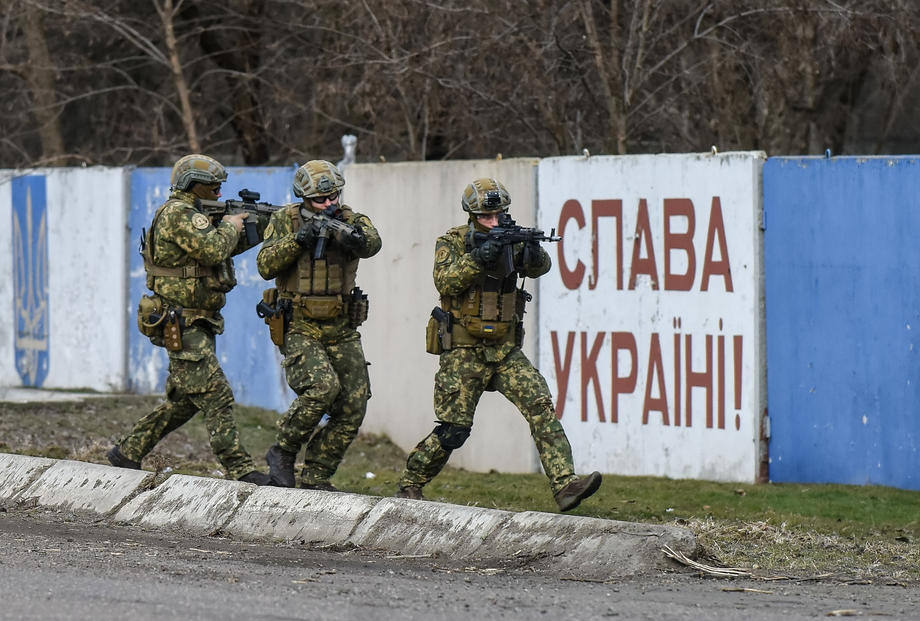 One of the declared goals of the Ukrainian war is the expulsion of Russian soldiers from its territory. This includes the peninsula Crimea, which Russia occupied in 2014. These findings are especially relevant these days since these days uthe final president Volodymyr Zelenski several times in his statements made it clear that he did not want to give up the peninsula, which was illegal anecreated from Russia in 2014. Zelensky this he stated just before novithose loud explosions who echoedа at the Russian air base near the city of Novofedorivka on the western part of the peninsula. It is believed to be an attack on Ukraine, although so far there is no official confirmation, nor has Kyiv claimed responsibility.

Meanwhile, Frofficial Moscow for its part claims that it was an "ammunition explosion" and not an attack. According to the Kremlin statement, the ammunition exploded "due to carelessness". But if it is really an attack, then it would be the first attack on the occupied Crimea after the sinking of the warship "Moscow" in April of this year.

Parallel to this bbombing targets in Crimea would essentially have a completely different meaning for Russia than a war in Donbass or the rest of Ukraine. Moscow considers that peninsula, which it annexed in 2014 in violation of international law, as its territory, that is, after the internationally unrecognized referendum, part of the Russian Federation. According to Moscow's interpretation, the war would thus spread to Russian territory, and this would surely cause further escalation of the conflict. But Ukraine also considers Crimea as its territory.

"We will liberate all our areas, indeed all, including Crimea," Ukrainian Defense Minister Oleksiy Reznikov told Si-еn-ен in the middle of June.

However, as explained by the adviser to the Ukrainian government, Yuri Zak, the "real minimum" for now is that "the Russian forces withdraw to the borders before February 24."

For Moscow, Crimea is even more important than the rest of Ukraine. It was part of Russia for more than 200 years. Back in the 18th and 19th centuries, emperors settled ethnic Russians there, and Stalin continued this policy. That is why the majority of the population of that peninsula is still pro-Russian.

After the collapse of the USSR, Crimea officially remained Ukrainian territory, although Kyiv never succeeded in replacing Moscow as the real ruler, and the majority of the population remained pro-Russian. This is reflected in the fact that Kyiv granted the peninsula an autonomous status, but also that it concluded lease agreements with Russia, for example for the strategically important port of Sevastopol. The command of the Russian Black Sea Fleet was also based there during the Soviet era, and Sevastopol is also the only significant port used by Russia that, unlike ports to the north, is ice-free year-round. Sevastopol is important both militarily and economically.

Crimea was annexed to the Ukrainian SSR only in 1954 - by order of the then Soviet leader Nikita Khrushchev and under circumstances that have not been fully clarified to this day. Some believe that the reason may have been that Khrushchev himself is Ukrainian. The lease agreement between Ukraine and Russia was not a major problem until 2014.

However, pro-European protests began on the Maidan in Kyiv, and then the pro-Russian president Yanukovych was overthrown, who was forced to flee to Moscow. Thus, the Kremlin faced the danger of losing Sevastopol and all of Crimea in the long run, which could go to the adversary if Ukraine turned to the West – especially NATO. And that's why he decided to annex that territory in violation of international law.

Russia is trying to further strengthen its status in Crimea with the current war. Apart from the conquest of Donbass, the Kremlin declared the establishment of a land corridor to Crimea as one of the most important military goals. Shortly after annexing the peninsula, Moscow built a multi-million dollar bridge with a four-lane highway and a parallel rail link. As of 2018, that bridge connects the city of Kerch in the far east of Crimea with Russia's Taman Peninsula. Without that bridge, Crimea could not be reached by land from Russian territory until now.

Until now, the entire supply of about 2,3 million inhabitants, as many as live there, came from the sea or across that bridge. With further conquests in southern Ukraine, Putin would achieve the following: a return to pre-annexation status would become virtually impossible. Ukraine would be completely cut off from access to the Sea of ​​Azov, and with Crimea thrust into the Black Sea like a giant wedge, Russia would be able to control and block all shipping traffic to Odessa, Ukraine's last remaining Black Sea port. That strategy is also confirmed by the fierce fighting for Snake Island off the Romanian coast, writes German Deutsche Welle.

In Ukraine, on the other hand, it is not clear how far one should go in order to return Crimea under the control of Kyiv. The return of the peninsula is "an issue that needs to be negotiated diplomatically," said government adviser Zak. President Zelensky is also aware that re-establishing control, even under much better circumstances than is currently the case, is almost impossible:

"I think that would mean hundreds of thousands of victims on our side," Zelensky recently told the American news portal Axios.

However, it is currently entirely unclear how this could be achieved through negotiations. Due to the current balance of power, the strategic importance of Crimea, but also due to the clear loyalty of the vast majority of its inhabitants to Russia, this seems to be practically impossible at the moment.