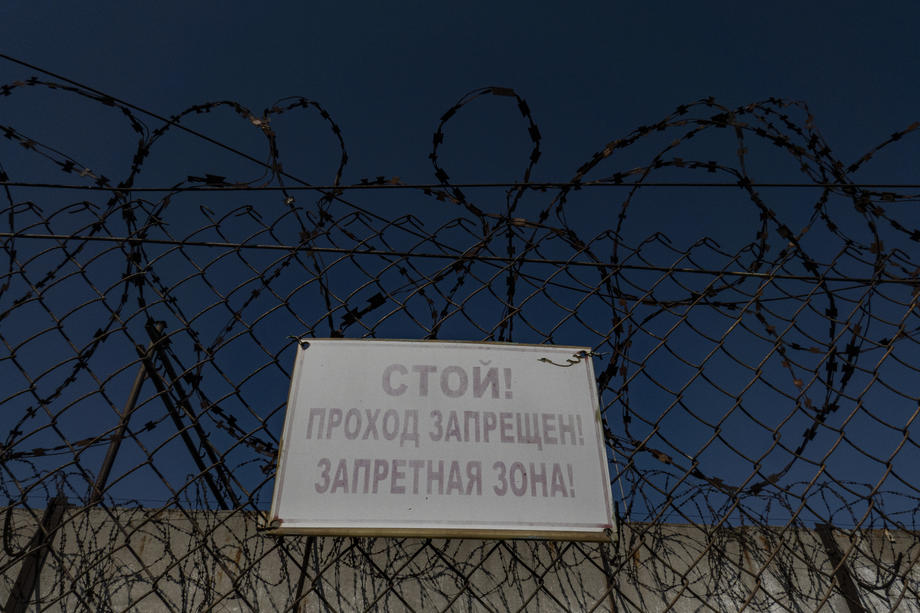 On the morning of July 29th, just hours after over 50 Ukrainian prisoners of war died in the Olenivka camp, which is under the control of Russian separatists from the DPR (Donetsk People's Republic), a Russian journalist who happened to be at the scene pointed out , as he claimed, "remnants of American-made missiles fired by the HIMARS missile system." With this he blamed the Ukrainians for the attack, and CNN writes that it is the beginning of the great Russian media offensive, whose message is as cynical as it is brutal.

Ukraine, as the Russians claim, killed its own soldiers in the attack with the HIMARS missile system, because "they did not want to admit war crimes, but also to discourage other Ukrainian soldiers who were thinking of surrendering." CNN writes that it should be known that there were mostly members of the Azov battalion in that prison. They were transferred there after surrendering in May at the Azovstal factory in Mariupol.

Eduard Basurin, a senior official in the self-proclaimed Donetsk People's Republic (DNR), which is backed by Russia, claimed that the missile attack followed "after Ukrainian prisoners of war began to confess to the crimes they committed at the behest of Ukraine's political authorities," the analysis said. on Jutarnji leaf.

Whose fault is it?

The conclusion of the American CNN investigation says that the Russian version of the events is probably false, that is, there is almost no chance that the attack was carried out by the HIMARS missile system.

Experts CNN spoke to also debunk Russian claims about the Olenivka attack — but they can't know with 100% certainty what exactly did so much harm to the prisoners. Restricted access to the site makes it impossible to reach a final conclusion, they said. However, according to experts, most of the signs point to a fire, and some witnesses claim that no rocket sound was heard.

Weapons expert Chris Cobb-Smith, who reviewed available images and video footage of the building after the attack, claims the thin-walled, metal-roofed warehouse would not have existed after a HIMARS strike.

"There are no craters anywhere in the videos, the beds are not displaced, the pillars are undamaged, but massive fire damage is visible. "If it had been a multiple-launch rocket attack, you would have seen craters, collapsed ceilings and walls, and blown bodies," Cobb-Smith elaborated.

CNN writes that it would be illogical for Ukraine to target that building with the HIMARS missile system, knowing that the system is quite expensive and is used for key purposes on the battlefield.

Ukrainian authorities believe the warehouse fire was caused by a thermobaric weapon. The Office of the Prosecutor General of Ukraine told CNN that the results released so far "clearly refute the version of the Russians that the Ukrainian armed forces launched a missile attack on the place where the prisoners were held and also confirm our version of the use of thermobaric weapon".

A thermobaric weapon is actually a vacuum bomb, which sucks all the oxygen out of the air and generates heat very quickly. Russian forces have already used such weapons in the conflict in Ukraine.

In this case, the Ukrainians warned that it could be an attack with a single-use rocket flamethrower named RPO-A Shmel. This weapon emits an explosive cloud that burns in the air and creates a fireball with high heat energy over an area of ​​several square meters. Basically this causes internal bleeding and rupture of internal organs.

Professor Benjamin Ondrushka, a German pathologist who worked on war crimes investigations in the Kiev suburb of Buch, said only a full autopsy would reveal the cause of death, but the images clearly indicated a fire that reached at least 300 degrees Celsius.

"As a forensic scientist, it appears that something exploded near the burned people, which resulted in a detonation, which still resulted in a fire," he said.

Russia's attempt to build its own version

It appears that the Russians planned to create foundations to support their version of events, reports CNN. Thus, Russian war correspondents were allowed access to Olenivka several days before the attack.

"When I interviewed the Nazis from Azov, while they confessed to numerous murders of civilians, one question immediately arose: how will Kyiv deny their confessions?" And it turns out that it was actually very simple. The bloodthirsty clown Zelenski ordered their execution." , said Alexander Kots, one of the Russian journalists who visited the prison camp.

This story was later picked up by Russian Deputy Defense Minister Alexander Fomin, who said that "the Ukrainian leadership ordered the missile attack because captured fighters from the Azov Battalion began to testify, exposing their crimes, including those against civilians."