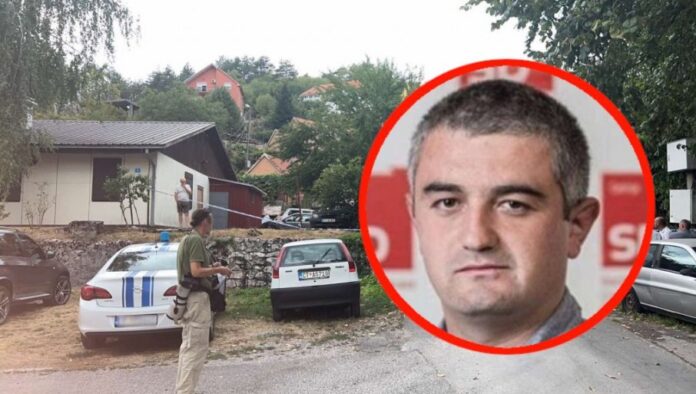 Photo: Vuk Borilović (34), the person who shot 11 people in Cetinje

In the recent history of Montenegro, there have been several mass murders in which entire families were killed, but never like yesterday in Cetinje. In yesterday's shooting, a total of 11 people died, including two children, and six people were injured, the Police Department confirmed, reports RTCG.

According to today's media reports, the shootout in Montenegro started yesterday around 16:XNUMX p.m., near the Government, thirty-four-year-old Vuk Borilović from Cetinje, after a short argument with his uncle, started shooting. After the shootout in which he mortally wounded several people, Borilović was killed by his fellow citizen after some time, said the competent prosecutor of the Higher State Prosecutor's Office from Podgorica.

Earlier, the media reported that Borilovic was killed by the police. A policeman was also wounded in the shootout and was hit in the head.

It is learned that the tragedy was preceded by a family conflict. Social networks, on the other hand, claim that it was adultery, after which the attacker randomly shot passers-by on the street. Locals and children who lived in close proximity to the home of the now deceased Borilović were killed.

In the hospital in Cetinje, the media informs that two people are still hospitalized, while four injured from yesterday's shooting have been transferred to the Clinical Center in Podgorica.

The Emergency Center of KCCG told TVCG that a man was admitted with severe head and chest injuries. So far, three patients from what the media reported yesterday had to be urgently transferred to the operating room, and their injuries were quite serious.

The director of the Clinical Center of Montenegro, Ljiljana Radulovic dinner told the media that after the tragedy in Cetinje, four injured people were admitted to that institution, three of whom are in danger of life.

Otherwise, those who know Vuk Borilović say that they are very surprised by what he did. They say that he previously worked as a waiter in the Lovcen National Park, that he was a peaceful neighbor, without conflicts with the police or the locals. He was a hunter, where yesterday he shot people with a hunting carbine. He had many weapons in the house, the media added in their reports.

Vuk Borilović was born on November 21, 1988 in Cetinje. He completed primary school in Cetinje, and secondary education in marine engineering in Belgrade. He was married and the father of three children.

On the occasion of the unprecedented tragedy in Cetinje, the Government declared three days of mourning in Montenegro from today.