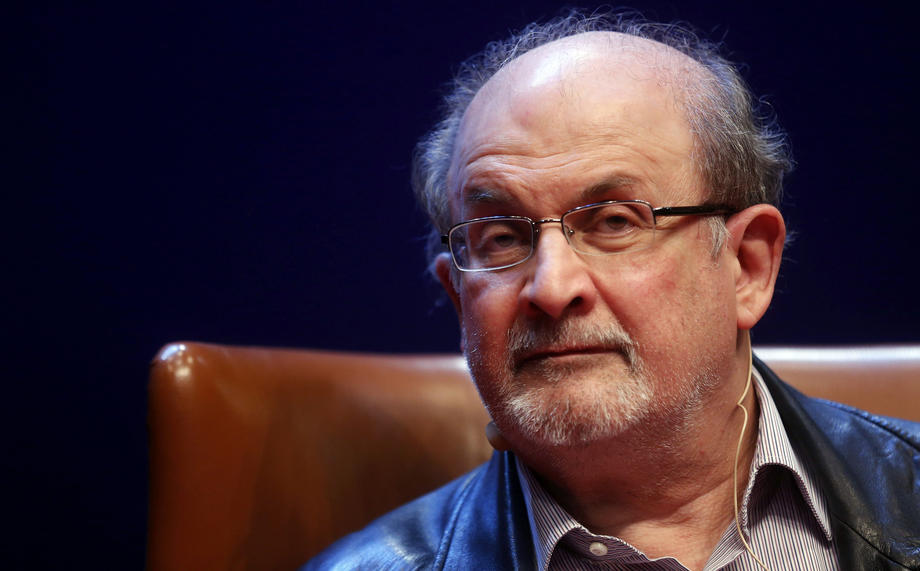 The famous British writer Salman Rushdie, who has received both awards and death threats for his actions, was attacked today after a man stabbed him in the neck in New York.

An unnamed assailant stormed the stage in Chautauqua, where the writer was to give a lecture, and stabbed him in the neck. The motives are still unknown. The attacker was arrested, and Rushdi was taken to the hospital in an unknown condition.

The police said that the host of the program was slightly injured in the attack. The writer fell to the floor after being stabbed and was then surrounded by a small group of people who raised his legs in the air in an apparent attempt to improve his circulation.

The Indian-born author rose to fame with the 1981 novel Midnight's Children, which sold more than a million copies in Britain alone. The fourth book, The Satanic Verses, from 1988, changed his life.

That surreal, postmodern novel caused outrage in the Islamic world, which it considered blasphemous. A year after the announcement, former Iranian Supreme Leader Ayatollah Ruhollah Khomeini called for Rushdi's execution and offered a $3 million reward. Because of this, the writer was under police protection for decades.

Several dozen people were killed after the book was published, including its translators. The bounty on Rushdi's killing is still active, although the Iranian government has distanced itself from Khomeini's request. The writer, however, lived relatively freely in recent years.

Rushdi holds British and American citizenship and is a strong supporter of freedom of expression and has defended his work on several occasions.

He never backed down

When Queen Elizabeth II knighted him in 2007, protests erupted in Iran and Pakistan. A Pakistani minister then said that honor "justifies suicide attacks".

Literary events attended by Rushdie were threatened or boycotted by Muslims. Rushdi, the son of a wealthy Indian Muslim businessman, was educated in England and graduated in history from Cambridge.

After his studies, he worked as an advertising writer in the marketing industry, before publishing his first novel in 1975. The American PEN, whose president for some time was Rushdi, evaluated the attack as terrible and shocking.