PHOTO | When you are bored in the snow, pose in a bikini! Kendall Jenner in a sexy edition on the snowy slopes of Aspen 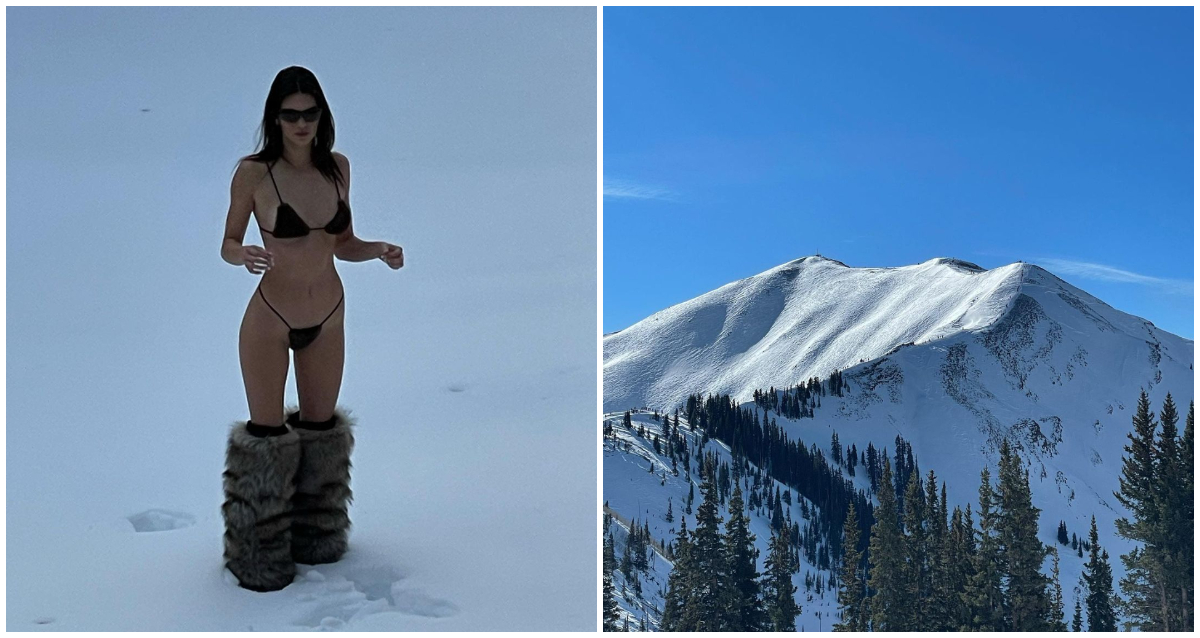 Kendall Jenner is seemingly immune to the cold - the 26-year-old long-legged model posted a trio of bold photos in which she is wearing only a skinny black bikini and fur boots while rejoicing in the snow.

Kendall Jenner devised a way to make the cold weather fun… or at least fun to watch. The reality star was vacationing in Aspen and on Wednesday shared videos showing her outstanding snowboarding skills as she descends the mountain. But snowboarding was not her only sport these days.

The model had fun in the snow in another way - posing in a black bikini, and stubbornly resisting the extremely low mountain temperatures.

"Wim Hoff said ice baths," she wrote next to them.

Wim Hoff, 62, also known as the Ice Man, is a Dutch motivational speaker and extreme athlete. Wim is known for his ability to withstand extremely cold temperatures… and it is clear that Kendall feels he can follow in his footsteps, with big boots.

Well, maybe Kendall inspired a lot of others to do the same, because she got more than 9 million likes on her Instagram post,

Jenner's relaxation, in addition to the risky photo shoot at low temperatures, included other activities such as dinner at Aspen's Little Nell restaurant and a visit to Andy Warhol's exhibition at the local Art Museum.

So far, she has unfortunately not posted a single photo of the boy Devin Booker enjoying the snow and her company, although he may be behind the lens of these "freezing" photos.