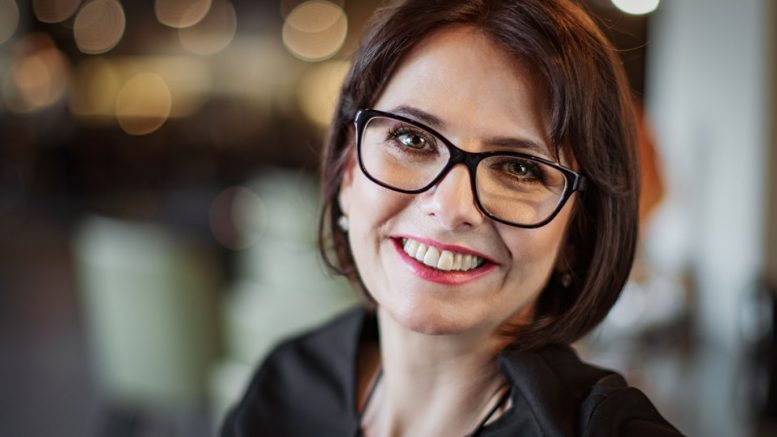 There could not have been a greater contrast between the "idealized image" of Macedonia and the "authentic self" than what happened on September 8 this year, when we celebrate our 30th anniversary.

A celebration with a parade of the "wealth" and power of the country, with solemn music, smiling politicians in power and applause, and after the curtains were lowered and a climax of complacency was reached, tragedy, grief, despair and 14 human lives were lost in a fire in which the modular covid-ward of the Tetovo hospital burned down.

In anticipation of the results of the investigation, the citizens express their anger on the social networks, arguing why "we do not do well" and "where did we go wrong" that after 30 years we do not have a functioning state. No one "at first" believes in coincidence, but everyone expects that the investigation will show a systemic problem, and possibly a crime.

Macedonia as a brand abroad is known in a positive context, for the beautiful nature that the creator gave us, and everything where the "human foot" stepped in is mostly news full of affairs, scandals, abuses, ie the image of a dysfunctional state.

The root of the problem

Do we really not have the capacity for creation, but only for destruction? After the fire in Tetovo, the summarized reactions mainly show that the name of this tragedy and the root of the dysfunction is the lack of responsibility. At all levels. But is that the root of the problem, that we are irresponsible? Because the people in positions who behave irresponsibly with the citizens' money are quite responsible in arranging their private accounts. Those who enter into contracts with private companies that supply poor quality material are quite cautious when choosing a craftsman and a company that will provide services at home.
Crime? I would not say the same, because if you look at the rules, the implementation of public procurement, detailed urban plans, regulations, procedures, all crime in our country is legal. The system is dysfunctional because it is based on either legalized crime or regulations that protect personal interests rather than societal values. From privatization onwards.

In fact, we have a colossal problem with a lack of awareness of the common good. Lack of awareness that after today and now I feel good, tomorrow will come with all the consequences.

In the Tetovo hospital, relatives visited patients with covid-19 and spread the virus. Sick people had a wedding a month ago, after previously receiving an infusion to "refresh" themselves for the party. Total lack of awareness for the good of the community.
This is exactly what the celebration of September 8 showed approximately.

Without going into the decision of how to celebrate the 30th anniversary in the conditions of a covid-pandemic, but the parade is mainly associated with celebrations in China, Russia, North Korea, countries that want to present their power, not functionality.

In an attempt to present Macedonia's power, members of the Ministry of Interior paraded, for example, in whose portfolio is an attempt to cover up the murder of Martin Neskovski, a history of criminal vehicle procurement along with the popular Maybach, issuing counterfeit travel documents of criminals, escape of the highest profile suspected politician.

Several fire trucks paraded, possibly a donation from foreign embassies, as well as firefighters who still do not have the basic means to work, and the facts for the service say that the average age of 241 firefighting vehicles in the country is 28 years.

Green tractors paraded, the same ones that Stavreski rode in the fields to present the investment of the Indian Subrata Roy in Jumajlija, which never happened.

An airplane also paraded, as a peak of irony if we know that only a month ago we could not put out a forest fire on our own, because the Canadians have not been serviced for three years and are out of use.

One can not help but wonder, what are these "darker villages" and what are they for? I could not answer whether the people who were used for these stage needs parade with pleasure or under duress. Only a month ago, the firefighters could not get tired of the equipment of their Slovenian and Austrian colleagues, and today they should proudly parade as if they were a great force in the fight against fires ?!

The same thing has been happening to us for 30 years. A minister will parade through a department, a prime minister will parade, an MP will parade to keep the form. Has any MP ever made a statement regarding the problems that plague the citizens who elected him? I have not heard. Statements are always about issues that affect his party or self-interest.

We do not deal with the essential needs translated into goals and supported by policies. Only with the form and the policy "buy a day - spend". The "big picture" does not exist. I will give a very concrete and essential example.

Regarding the reforms in the administration, in the first program it is stated that one of the key goals is "growth of the administration into an efficient and transparent service for the citizens and the business entities". In the 2021 document, the administration is no more. Probably the goal was achieved and it became an efficient service to citizens and businesses. There is a tool in coaching, called the Time Framework, which helps the client to see the experiences so far, to see what resources he has at his disposal and to move forward towards the future he desires.

Maybe 30 years is enough time to stop, to see what lessons we have learned, what resources we have at our disposal, and to continue shifting the focus from form to substance. From the personal to the common. From incompetence to competence.

Instead of criticizing and grieving for the lost past, let us devote ourselves to creating the desired future.

Instead of waiting for EU accession and solving the challenges, let's start solving them in order to get closer to the EU. To reach a consensus on strategic goals, instead of destructively destroying the gains of a government just because we are the opposition, for example.

Let us finally unite around social values ​​instead of personal interests.