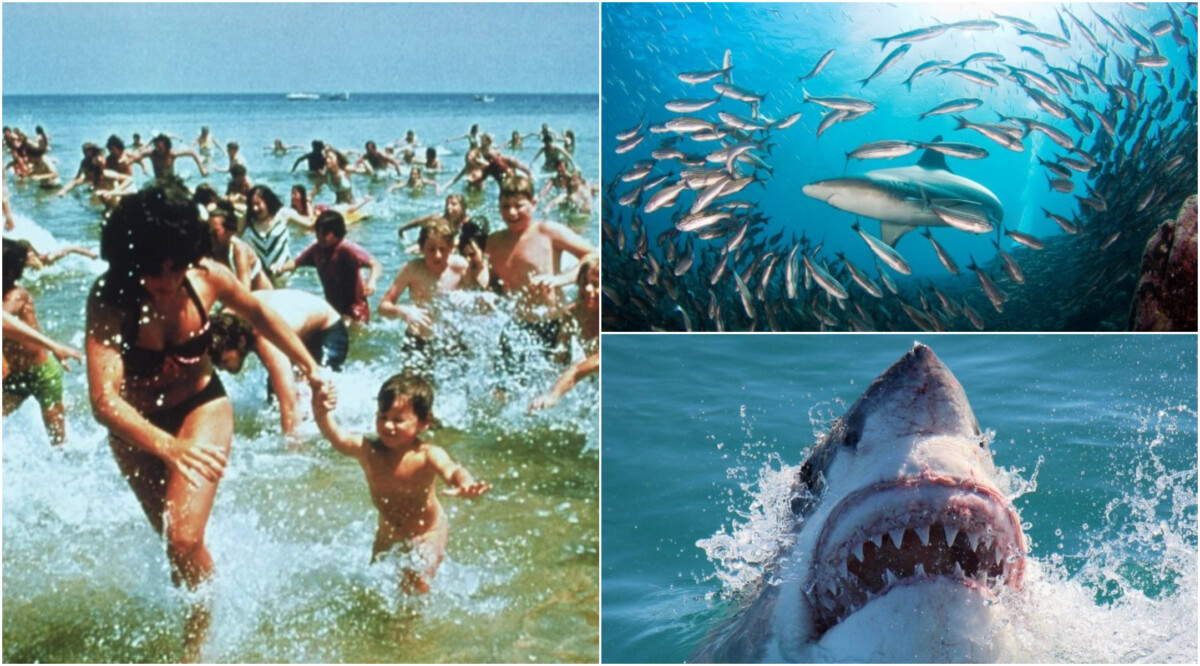 The world, especially tourists, was affected by the news of the death of two women, who were killed by sharks in Egypt close to Hurghada. The beach Sahl Hashish is closed to swimming and diving until further notice, and locals have begun to speculate what could be the cause of the shark attack, which is otherwise very rare in the The Red Sea. Since 1828, 22 attacks have been recorded.

The sudden violence that follows a shark attack is a terrifying experience for the victims, but are sharks really monsters that love the taste of human flesh? "Ninety percent or more of shark attacks are the result of a mistake. They assume we are something we are not," he says Gary Adkison, diver.

Although a shark attack may seem brutal, it is important to remember that sharks are not evil creatures constantly looking for people to attack. They are instinctual animals, just like everyone else. Sharks are born to hunt and eat huge amounts of meat. The shark feeds on other sea creatures, mainly fish, sea turtles, whales and sea lions or seals. People are not on her menu. In fact, humans do not provide enough fatty meat for the shark, which needs a lot of energy to move its large, muscular body.

Then why do they attack people?

The first clue can be found in the pattern in which most attacks occur. In most cases, the shark bites the victim, stays for a few seconds (dragging the victim through the water or under the surface), and then releases it. It is very rare for a shark to make several attacks in a row to feed on a human victim. The shark misjudges that man is something it usually eats.

Once the shark tastes it, it realizes that it is not its usual food and then lets it go. The shark's confusion is easier to understand once we start seeing things from its perspective. Many victims of attacks are surfers or people who use boogie boards. A shark swimming below sees a rough oval shape with arms and legs dangling and rowing. It reminds her of a sea lion (the main prey of great white sharks) or a sea turtle (a common food for tiger sharks).

Attacks also often occurred when people spearfished in ocean waters. Sharks are attracted to the cues sent by a dying fish, the smell of blood in the water and the electrical impulses released as the fish struggles. Sharks register these signals. Once the shark arrives, it becomes irritated and aggressive in the presence of so much food. A hungry, excited shark can easily mistake a human for its usual prey, National Geographic reports.
There are cases where sharks attacked as a result of aggression rather than hunger.

Although sharks have very good vision, however, in murky waters, predators can become confused.

It is believed that, especially in shallow waters near the coast, sharks become confused because they are hunting smaller fish. In search of schools of fish, swimming to the shallows, they may come across, for example, someone's leg. In most cases, such "meetings" end with just one bite, after which the shark runs away.

Why, then, do the attacks take place at a greater distance from the coast?

When it comes to great white sharks, which together with bull and tiger sharks make up the largest and most dangerous species that attack humans, there is evidence that they have examined foreign objects in the water. Most of the attacks did not show the sharks possessing spectacular hunting techniques, such as when they go after seals.

When seals are on the menu, the great white shark will approach from the bottom at high speed, usually surfacing and striking the victim with great force before feasting on it. In comparison, human attacks are always less explosive, and sometimes swimmers don't even notice they're in danger. Even when they inflict serious bites on a swimmer, they walk away uninterested.

That's why experts offered another solution – sharks are creatures capable of attack, but also curious, because they are dominant predators in most ocean ecosystems, which is why they are not afraid.

Their jaw also serves as a sensor that prompts them to "probe" unfamiliar objects to determine if they might represent good food.

How do they attack?

There is rarely any warning. A surfer or paddle swimmer has no idea this is going to happen. Sometimes the first indication that something is wrong is the fear on the face of a close friend. More often than not, the first sign is a sudden, massive blow from the shark lunging at the victim.

Great whites are actually very picky when it comes to food. They refuse to bite things they don't normally eat, like floating sheep carcasses, after they first taste them.

However, there are many species of sharks, and not all sharks follow the same pattern. Circumstances can also change the pattern of seizures. Shark attacks in deep sea water are usually not hit-and-run attacks. In this case, where the victims are usually survivors of sinking ships or plane crashes, sharks surround the area. They then strike victims that are outside the group or those that are already wounded, before biting.

However, shark attack victims do not usually die from sudden trauma. They usually bleed to death. It takes several minutes for the victims to reach the shore, and even more time for the ambulance to arrive. The difference between life and death usually lies in whether there is someone who knows how to prevent massive blood loss, because every second counts.

Despite numerous media reports, experts always point out that such attacks are actually very rare and even less fatal. Although the number of reported attacks has been on the rise in recent years, per capita it has not.

What is he doing today: Philip Makraduli, international model