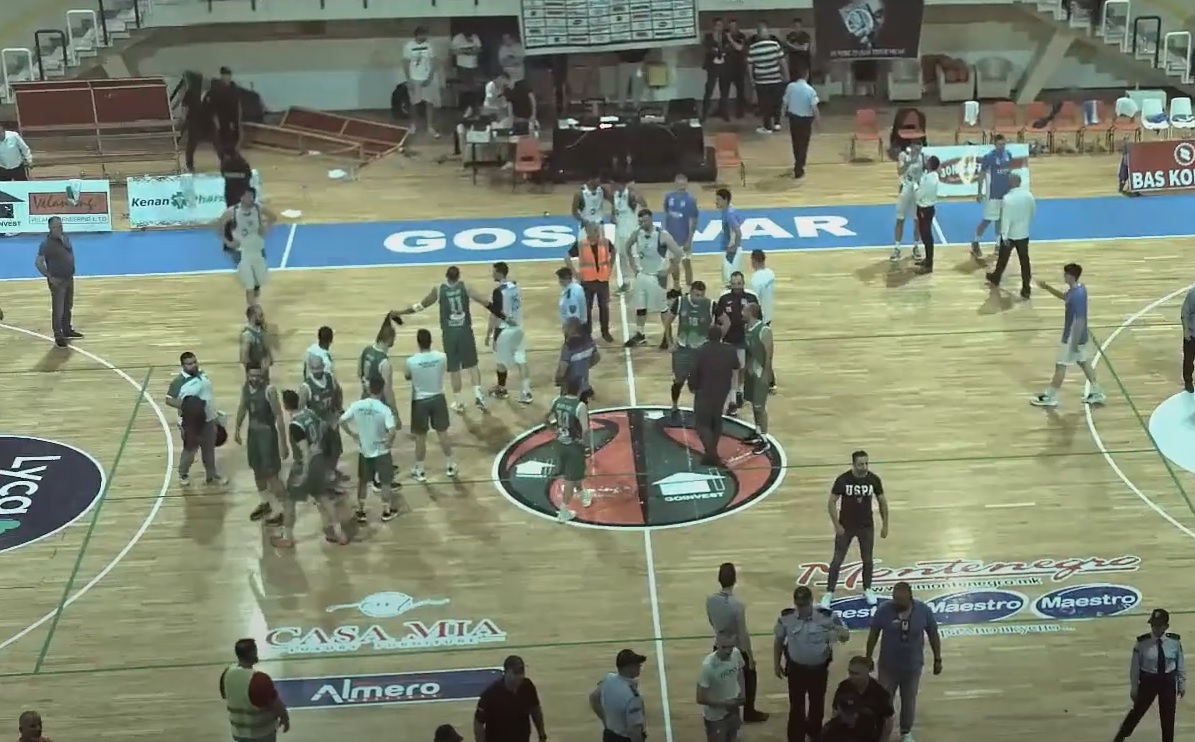 Within the eighth round in the Macedonian Super League the composition of Pelister triumphed over Gostivar with 89:84. The citizens of Bitola on this awkward visit won the points that mean a lot to them in the battle for the first starting position.

This duel was marked by a big incident, during the last quarter, with a result of 65:62 for Gostivar with a hard object was hit by the coach of KK Pelister, Marjan Ilievski, after which a great commotion arose.

Ilievski fell on the floor, he was given medical assistance, after he got up he vented his anger hitting the protective fence for the bench. The police reacted immediately and took coach Ilievski off the field.

From basketball club Gostivar in its statement informs that the guest players of Pelister had a physical fight with the audience and members of the home team.

- Club KK Gostivar condemns yesterday's events that have nothing to do with sports and basketball, in many matches there was and will be sports and unsportsmanlike cheering by the audience, but there was rarely a case where guest players physically and verbally confronted the audience and members of home team.

All those events led to the termination of the match under the leadership of our team. Thanks to the quick and professional intervention of the police, a large-scale incident was prevented.

We leave it to the Federation to resolve the situation in the interest of sports and thus we hope that in the future we will not witness such unpleasant events - is stated in the announcement of KK Gostivar.