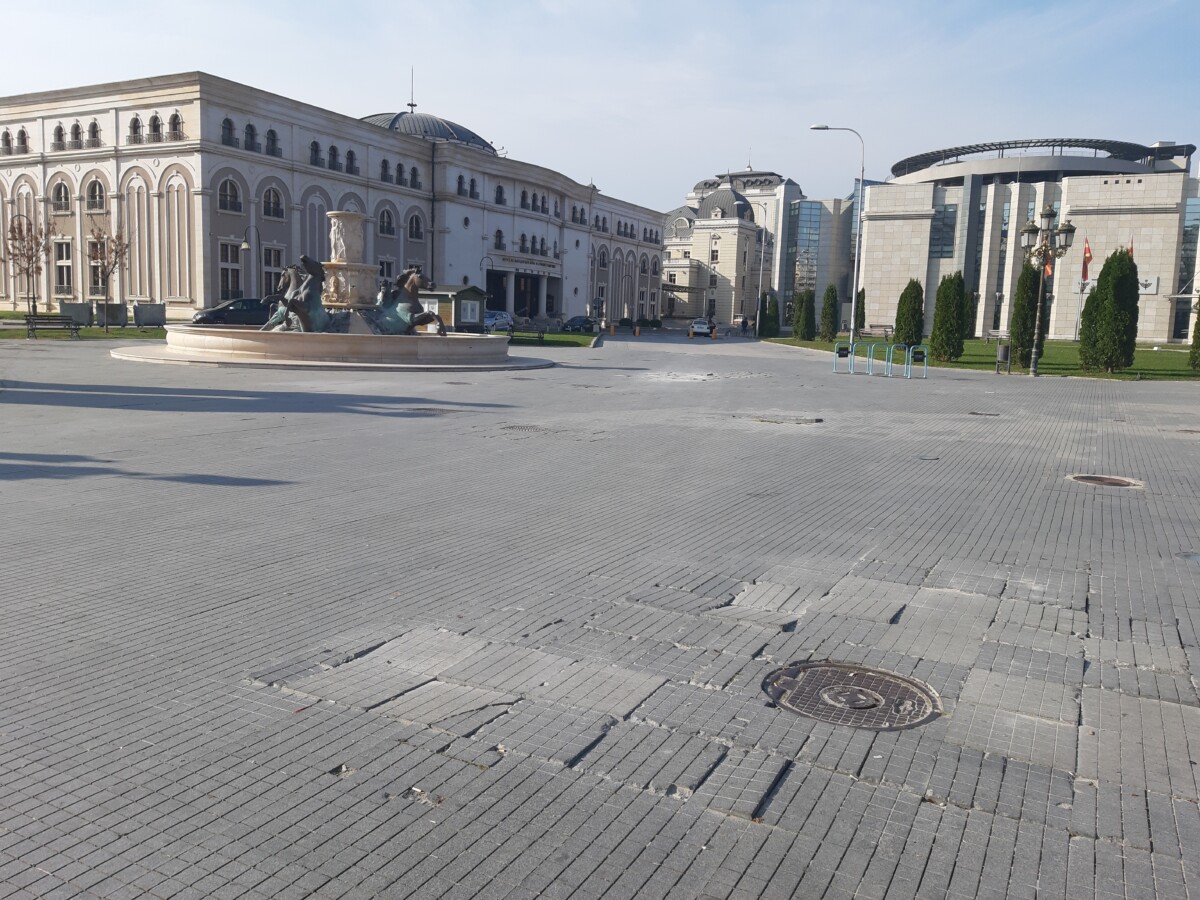 Less than ten years after its arrangement, the square "Filip Vtori" is neglected, with cracked and partially broken tiles, and the space in front of the building of the Ministry of Transport and Communications, remained unpaved even after the renovation of the building of this ministry was completed.

There are four fountains with sculptures on the square, including the fountain with the sculpture of "Philip II", for the installation of which 10 million euros were spent for the new infrastructure and lighting. From then until today the plateau has been left to collapse.

The fountain officially called "Warrior on Horseback", popularly known as Alexander the Great, also has broken and fallen tiles on the riverbed. Its construction cost more than 8m euros and was commissioned in September 2011.

Will anyone take care of these expensive "toys" from the project "Skopje 2014", for which a lot of money was spent, at least to be maintained properly?

From the City of Skopje, despite our attempts to get an answer whether they plan to repair the damaged fountain on the city square and whether there are plans for reconstruction of the sidewalk on the square "Filip Vtori", there is no answer.

Let us remind that the floor fountain on the square "Macedonia" has not been working for a long time, after almost a year ago a vehicle of "Communal Hygiene" crashed into it. And this was not the first time. Previously, in 2017, a truck crashed in the fountain while the stage was being prepared for the reception of Vardar handball players after winning the European Championship title. 2,5 million euros were spent for this fountain, and now it is forgotten by the authorities. Nobody mentions its repair.