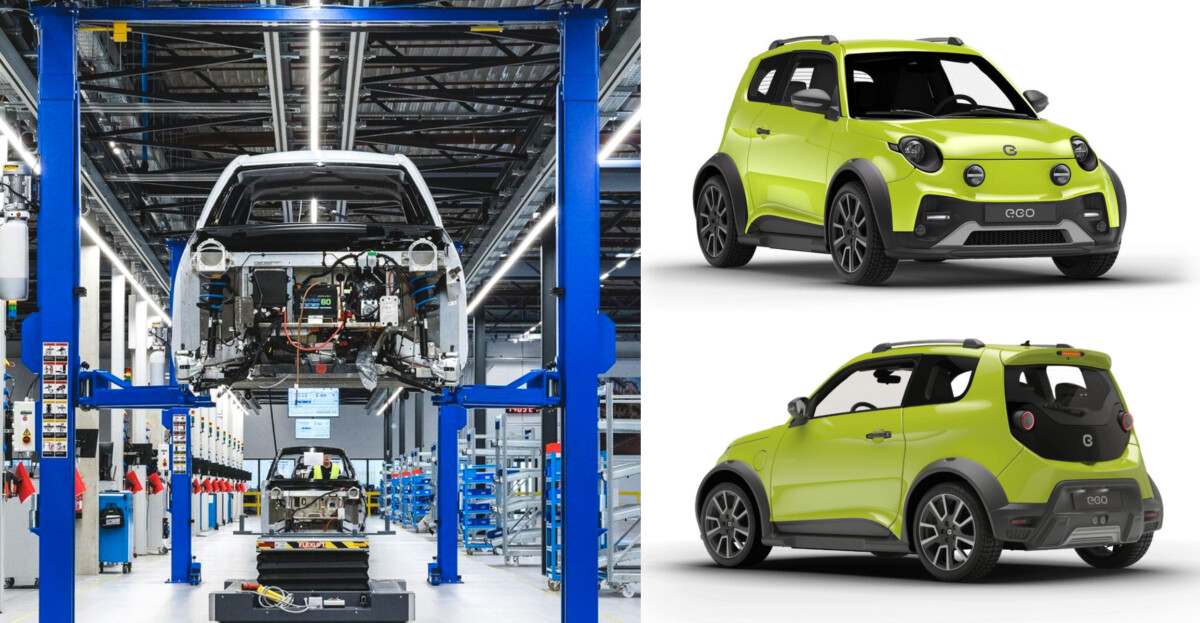 The authorities assure that it is an investment that will bring money to the state coffers and higher salaries, but many citizens, including prominent businessmen and journalists, talk about "counter-arguments"

The announcement that the German company "Next.e.go Mobile" will build a factory in Tetovo for electric vehicles and the presence of half of the Government at the ceremony caused stormy reactions in the public. Prominent businessmen also shared their belief that nothing will come of this investment. The authorities responded to the stormy reactions in the public, with the assurance that they are being cautious and that an international audit firm analyzed the company's operations and found nothing objectionable.

With the new concept of TIRZ, we have introduced mechanisms to protect the public interest, said Jovan Despotovski, director of the Directorate of Technological Industrial Development Zones (TIRZ) for Channel 5 news.

– Absolutely all customers, both potential and current, go through a detailed screening process. We hire an international auditing company, which in the initial report on this company did not indicate any serious risk. And the very contract we signed contains protective clauses. The granting of state aid depends on the dynamics with which the investor will realize the investment and, of course, on the fulfillment of the conditions stipulated by the contract. The company will not receive money in advance, but there are specific deadlines and dates that must be respected - says Despotovski.

The company "Next.e.go Mobile" makes cars under the "e.GO" brand. The factory in Macedonia should start construction in the fall, and the first cars should come out in 2024. The investment is estimated at 130 million euros, and the state aid, as Despotovski claims, "will not exceed 35 percent of the total investment, while the allocation of funds depends on the dynamics of the realization of the investment and fulfillment of the conditions stipulated by the agreement."

At the same time, as Despotovski emphasized, the company will not use tax exemptions, but is fully obliged to pay them to the Budget and public funds of the state.

- This model of state support is in line with EU regulations, and is equally available to all foreign and domestic companies - emphasizes Despotovski.

He also said that the average gross salary in this company will be 1.340 euros and that there will be 900 jobs.

At the event on the occasion of the signing of the state aid agreement, Ali Vezvaei, chairman of the board of the "e-GO" company, also spoke.

– We are really excited to expand our production in the Republic of North Macedonia, following our progress in Bulgaria in the previous year. Our strategic focus in Southeast Europe is based on our belief in the competitive ecosystem of the region, an attractive investment climate and access to motivated and talented human capital – said Vezvaei.

However, many in the public expressed disbelief, pointing out "counter-arguments".

"Neither on FB nor on the official site of 'e-GO' is there any announcement from the company that the foundation stone of their new factory in Tetovo is being laid today?" If you google it, the only factory is in Aachen, Germany, with a total of 400 employees. With 500 vehicles produced so far... This smells like Subrata Roy," wrote businessman Dimitar Gligorov, owner of Bauhaus, on his Facebook profile.

The Macedonian car website "Automedia" wrote: "A car that no one wants will be produced under Shar Mountain." The author of the text, a well-known journalist from the automotive field, Darko Yakonov, referred to an article from the German magazine "Auto Bild" where, as we could also read, the car received bad marks on the test drive.

"On a test drive in the famous German magazine 'Auto Bild', our esteemed colleagues forgot all patriotism and fan euphoria and judged that it was the worst car ever to appear on a test in the history of the magazine," wrote Yakonov.

Director Despotovski, on the other hand, emphasized that it is a company that is closely related to the Technical University of Aachen, which is in the top two percent of the world's universities according to all global rankings.

Where did Mileski's resignation get stuck?

Tupanceski: Hyper sensitive topic is the use of names of historical figures of associations, it will be monitored by an Advisory Body