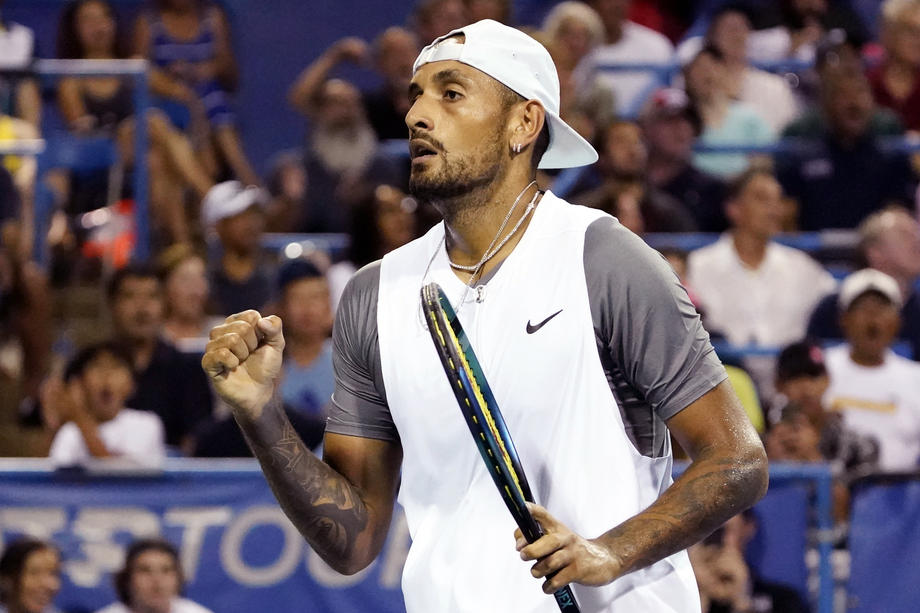 Australian tennis player Nick Kyrgios has been playing in the form of his life in the last few months, his last victim was compatriot Alex de Minor whom he defeated in just one hour of play with 6:2,6:3 and qualified for the quarterfinals of the Masters Series 1000 tournament in Montreal .

Kyrgios, who played in the Wimbledon final last month, and a week ago triumphed at the tournament in Washington, eliminated first seed Danil Medvedev in the previous round in Montreal. The victory over De Minor was his ninth in a row.

His next opponent will be the Polish Hubert Hurkach who was better than Albert Ramos in three sets with 6:7,6:2,7:6.

Canadian tennis player Félix Auger-Aliassim secured a place in the quarterfinals in Montreal after defeating Cameron Norrie easily in two sets with 6:3,6, 4:6. 7,7:6,6:4)

The young British Jack Draper achieved the best result of his career, placing first in the quarterfinals of a Masters tournament. Draper, who previously defeated Tsitsipas, was better in the round of XNUMX than Gael Monfils, who gave up the match due to injury.

Tommy Paul, the American, after eliminating Carlos Alcaraz in the second round, continues with excellent games, in the round of 6 he also defeated Marin Cilic in two sets with 4,6:2, 2:1. His next opponent will be Dan Evans who was better than Taylor Fritz with 7:6 in sets (1:6, 7:5, XNUMX:XNUMX).

"Makpetrol" the most successful at the youth karate cup of Macedonia