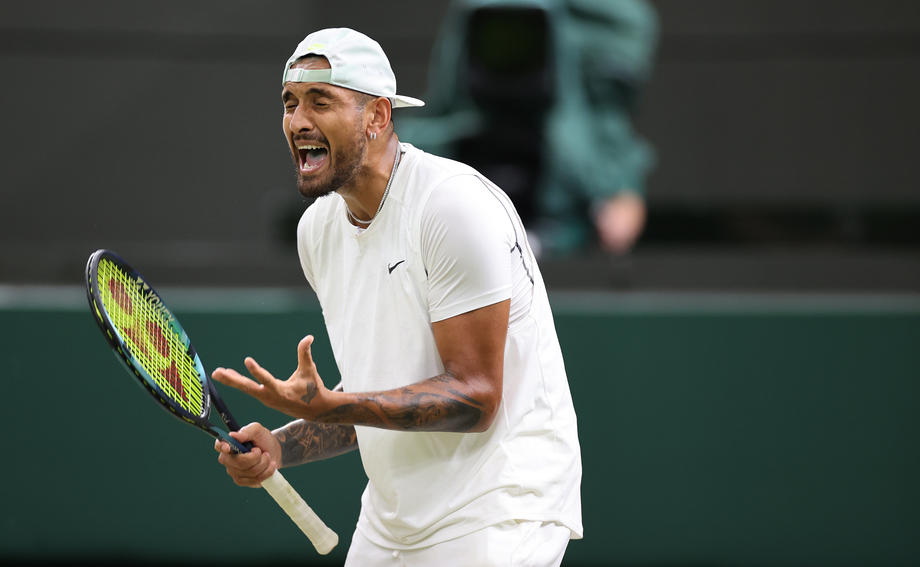 Nick Kyrgios beat Stefanos Tsitsipas 3:1 in sets in the third round in a match that was filled with controversial moments, and at one such moment the Australian tennis player asked for his opponent to be disqualified.

Namely, Kyrgios just won the second set with 6:4 and equalized at 1-1 in sets, Tsitsipas furiously hit the ball that flew into the stands. Because of that move, Kirchos asked the judge to suspend the Greek tennis player.

– It's a disqualification! Are you stupid or…? So you can hit the ball into the stands, hit someone and not get disqualified? Should anyone be hurt now? You are a disgrace - said Kyrgios to the judge.

The Australian tennis player then mentioned the example of Novak Djokovic, who was disqualified from the 2020 US Open because he hit a linesman in the neck with a ball.

– Bring another supervisor, a lawyer. What happened to Novak? He hit the ball hard, she (the umpire) was hurt? Oh god. I want supervisors to come here. You cannot hit the ball towards the stands, hit and not be disqualified - said Kyrgios.

However, the referee did not change the decision, did not suspend or sanction Tsitsipas and the match continued, and in the end Kyrgios celebrated in four sets.